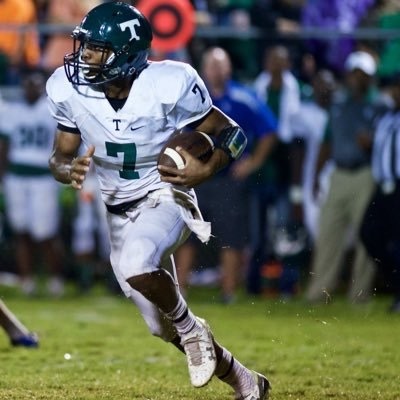 Chadarius Townsend is capable of making his mark at a variety of positions at the University of Alabama. He is an excellent athlete capable of playing either offense or defense. If you ask him, however, it’s all about having the chance to make plays with the ball in his hands.

“I like the offensive side of the ball better, so I’m going to try that”

The former 4-star from Tanner, Ala. is looking to make an impact early in his career, and the offensive side of the football gives him the best chance to do that. While he starred as a quarterback during his time as a Tanner Rattler, it looks like he’ll be making the switch to slot receiver on the next level.

A source for Touchdown Alabama also confirmed that Townsend could see some snaps at running back in certain situations. It’s starting to sound like the 6-foot 190-pound freshman could turn into a Swiss-army knife for the Alabama offense.

The comparisons to former Alabama receiver ArDarius Stewart are warranted, but it’s starting to sound like Townsend could eventually take on an even larger variety of roles. If fans are looking for a reference on how Townsend could be used, maybe Percy Harvin during his time at Florida is a better comparison.

Townsend isn’t quite the athlete that Harvin was at one point, but that isn’t a knock on Townsend’s athletic ability. He’s a true burner with 4.4 speed. That speed could end up playing a bigger role for the Crimson Tide earlier than some had anticipated.

With the additions of Jerry Jeudy, Tyrell Shavers, Henry Ruggs III and Devonta Smith, there were some who predicted that Townsend could end up on the defensive side of the football. That could still prove to be true, but it doesn’t look like that’ll be the case early on.

Townsend has a bright future for the Crimson Tide. Keep an eye out for the early enrollee wearing No. 12 this spring.