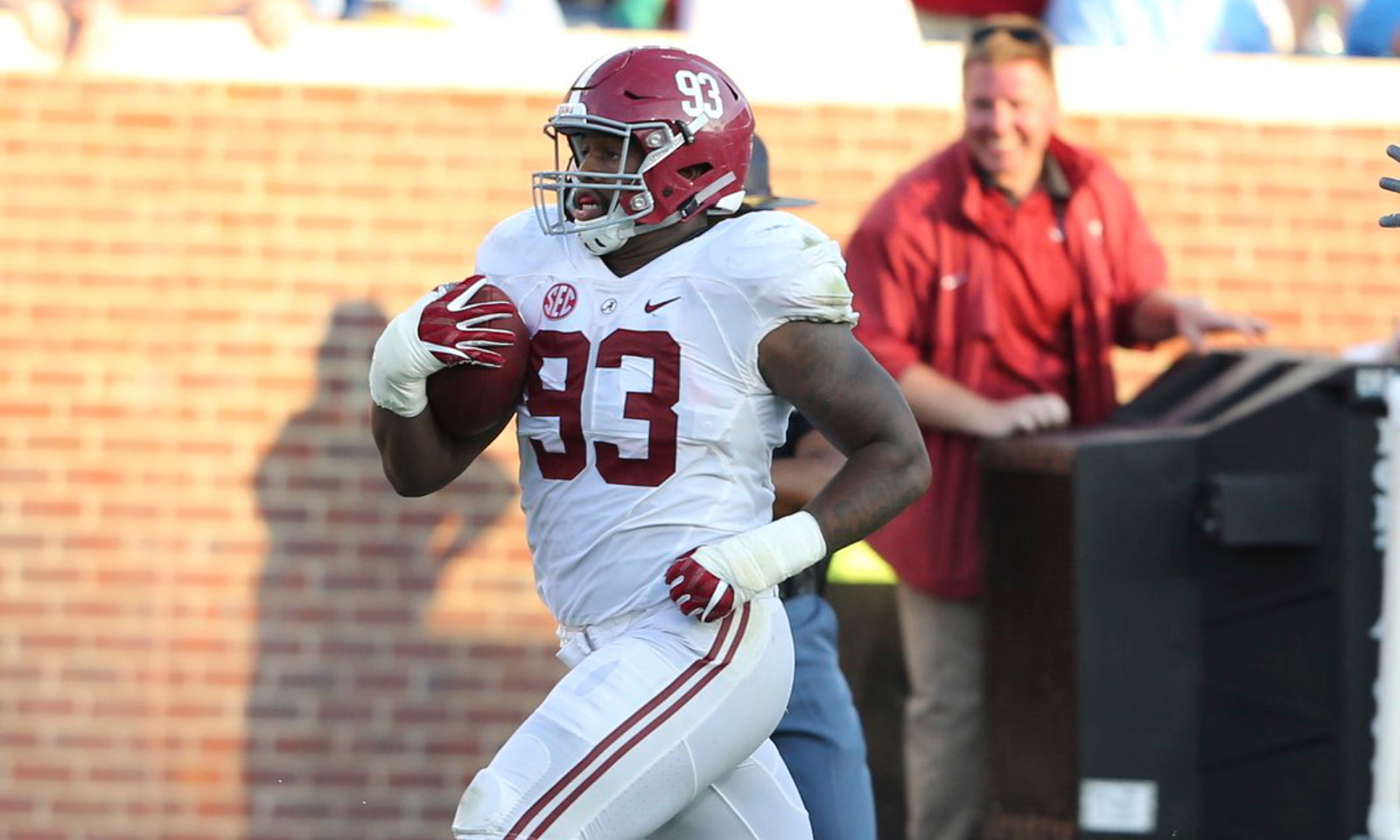 Jonathan Allen has been nothing short of battle tested.

According to a report from Pro Football Talk, the former Alabama defensive end will participate in the bench press at the NFL Combine—despite moderate arthritic symptoms in both shoulders.

Allen, the Bronko Nagurksi Trophy winner for 2016, had his right and left shoulder work on throughout his career. Per Crimson Tide team doctor Lyle Cain, he told NFL Insider Ian Rapoport that “Allen has played without symptoms in his shoulders, and it’s something that has not affected his performance or function.”

Following 22.5 sacks and 30.5 tackles for loss in the last two seasons, Allen is projected a top five pick in the upcoming NFL Draft. At times, issues in medical reports can lead to a drop in draft value. Ex-Tide linebacker Reggie Ragland was projected a first-round pick for the 2015 draft, but a report regarding an enlarge aorta caused him to drop to the second round. A solid combine performance should alleviate all worries on Allen, nevertheless, the situation will continue to be monitored. He is listed as the No. 2 overall prospect and top-ranked defensive tackle prospect in this year’s draft class, via CBS Sports NFL Draft Tracker.