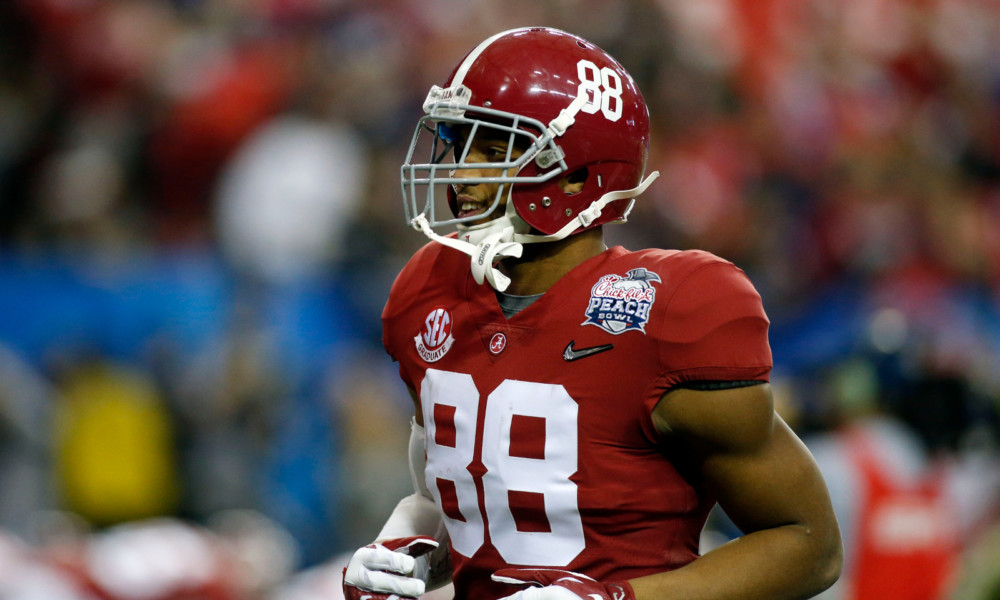 This shouldn’t come as a surprise for Alabama fans.

Throughout his four-year career with the Crimson Tide, tight end O.J. Howard consistently proved to be a valuable team player. While he improved his blocking during the latter portion of his tenure, the 6-foot-6 and 251-pound specimen was a freak athlete in the receiving game. After a solid time at Alabama and being selected in the first round – 19th overall pick – in this year’s NFL Draft to the Tampa Bay Buccaneers, he’s been turning heads in offseason team activities or OTAs. According to Joe Kania of Buccaneers.com, Tampa Bay head coach Dirk Koetter said ‘he loves the maturity of Howard and other rookie tight end, Chris Godwin.’

“O.J. has showed up probably a little bit more as a blocker than a receiver in the first couple of days,” Koetter said. “Chris and O.J. [Howard] we got – some of our other guys aren’t practicing – but Chris and O.J. are both doing fine.”

Despite the Buccaneers having an incumbent starter at tight end in Cameron Brate, Howard could find himself in a situational role or maybe a starting role when the NFL season returns. He recorded 114 catches for 1,726 receiving yards and seven touchdowns in his time with the Tide, including nine receptions for 334 yards and three scores in two College Football Playoff national championship games versus Clemson.

In talking with former Tide quarterback Blake Sims on last week, he told yours truly of Touchdown Alabama Magazine that Howard “looked good in rookie minicamp” and “that he hasn’t missed a beat.” Defenses in the NFC South could have a real issue on their hands, should Howard produce a breakout season as a receiver.