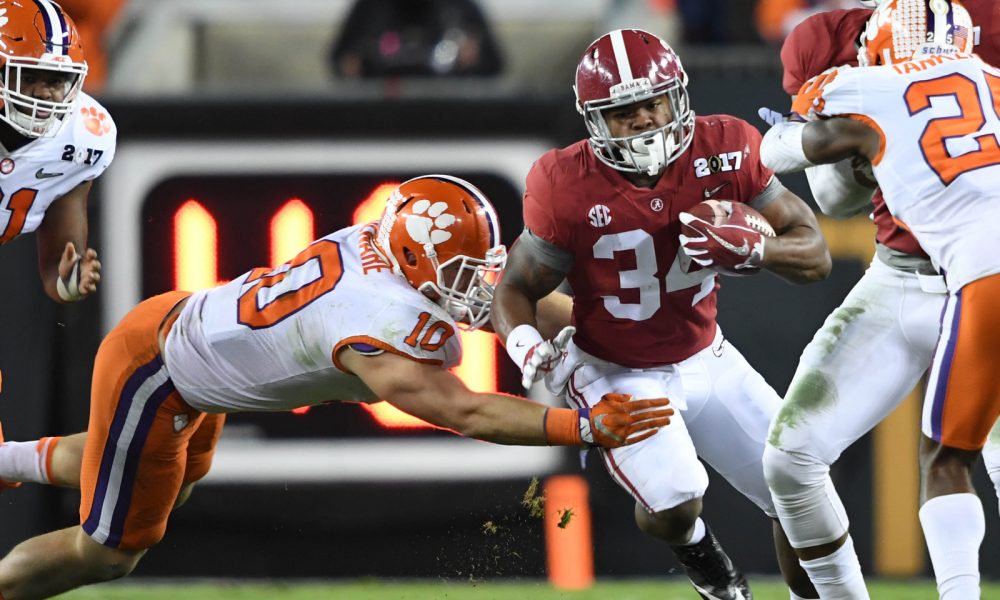 TUSCALOOSA, Ala.–Alabama football has two draft-eligible juniors at running back, and while much of the attention goes to Bo Scarbrough (6-2/235) — former five-star recruit and Kentucky native, Damien Harris made a strong statement during Saturday’s scrimmage at Bryant-Denny Stadium.

According to sources, there were little to no big yardage plays but Harris’ vision and power enabled him to grind out production and run over defenders in the process.

“All the backs looked very good, but Harris stood out,” sourced said. “He racked up a lot of yards. Harris had a great scrimmage that included a rushing touchdown and him trucking a lot of people.”

Harris dropped some weight during the summer to improve his speed, but he’s always been a complete player as a rusher, pass catcher and pass protector. Acceleration in space is the lone thing Scarbrough has over Harris, but should he close the gap – it can be a good year for both.

Per coach Nick Saban, he decided to hold both guys out due to hamstring injuries. Harris is expected to return to practice on Monday, but Jacobs could miss up to several days. Damien Harris’ 1,000-yard season in 2016 (1,037) was one of the more underrated efforts from a college football back. He expects to provide more an impact in the upcoming fall.