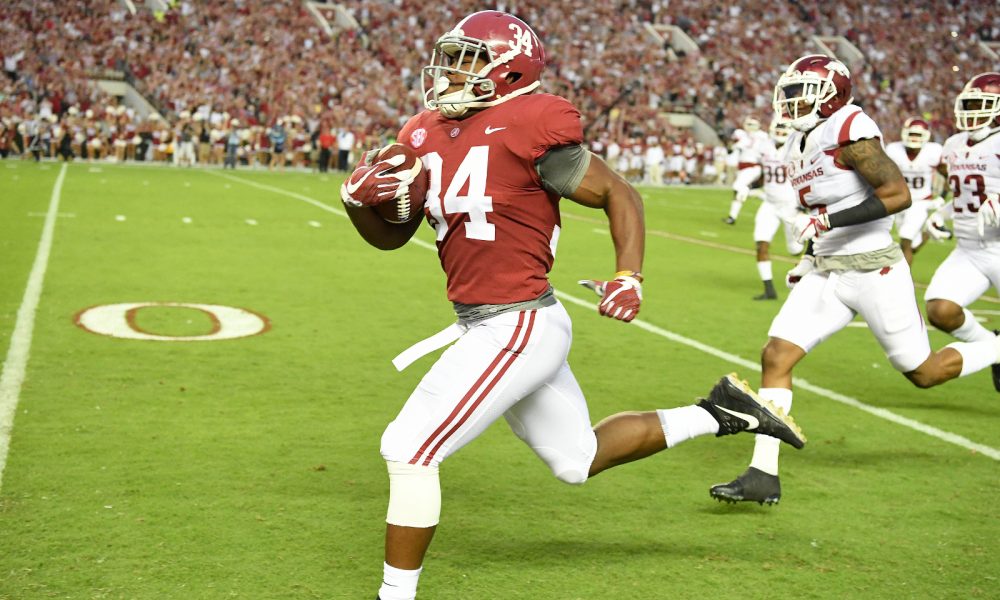 When looking at the University of Alabama and Clemson University, a multitude of memories come to mind in the College Football Playoff.

The trilogy between both schools is scheduled for Jan. 1, 2018, but unlike the previous two meetings, this matchup serves as a semifinal for the big prize.

Alabama head coach Nick Saban has endured some rough moments at the Mercedes-Benz Superdome in New Orleans, La., however, he and his program expect to right some wrongs done in recent Sugar Bowls.

Tigers’ head coach Dabo Swinney lost a lot of players from a year ago, but he like any other elite coach finds a way to recruit big talent. Having quarterback Kelly Bryant commanding the offense and stellar defensive unit has Clemson on the big stage for a third straight season.

As for the Tide, injuries tested the program with linebackers Christian Miller and Terrell Lewis getting hurt in week one against Florida State. The ability to adjust to so many medical issues is the reason why Saban continues to soar as the best in the game and his teams pace forward.

Should Alabama advance to the championship game, it will need clutch performances from different players/positional groups.

Listed below is a detailed breakdown on the five critical components for the Tide heading into Allstate Sugar Bowl in search of a second national title.

5. OL (Both tackles, in particular)

Some media pundits rave about Ohio State, but Clemson has the most elite defensive front in college football.

The combination of Clelin Ferrell, Austin Bryant, Christian Wilkins and Dexter Lawrence have 23 sacks and 43 tackles for loss. Pair that with stats from linebackers Kendall Joseph (four TFLs, half a sack) and Dorian O’Daniel (10.5 TFLs, five sacks) and it is deadly.

Under defensive coordinator Brent Venables, the Tigers allow 12.3 points and 278 yards offensively per game. Establishing leverage in the rushing attack is the lone way for Alabama to neutralize a pass rush. Offensive tackles Jonah Williams and Matt Womack must set the edge, while interior linemen – Bozeman, Pierschbacher and Cotton – need to push in the middle.

If the Tide finds success on the ground and gets quarterback Jalen Hurts into third and short yardage situations, it stands in good shape.

He’s been Alabama’s most productive pass rusher all season.

Even though his play comes from more of an inside role, the former five-star was originally recruited in 2014 to be an edge-rushing linebacker.

Evans’ position coach, Jeremy Pruitt, has seen him be efficient in both areas – accounting for 57 total tackles, 10.5 tackles for loss, five sacks and seven quarterback hurries. His output in tackles for loss is good enough for the team lead, while his sacks rank him second on the roster (Davis).

After constantly hitting Deshaun Watson in the first half, the Crimson Tide lacked a pressure during the second half. Watson located Mike Williams, Hunter Renfrow, Deon Cain and Jordan Leggett many times, leading to the game-winning score from Watson to Renfrow in the corner.

He is no Watson; however, Kelly Bryant can make plays. A mixture of timely pressures and sound coverage will be on the menu, and in order for it to work, Evans must be in pocket.

This is not the game to starve your best rusher.

Whether it was getting overlooked by fans and media personnel or wanting to see himself improve, Damien Harris took a back seat to no one this year. He carried the ball with an attitude and confidence, to a tune of 906 rushing yards and 11 touchdowns on 110 attempts.

His averaged 8.24 yards per rush attempt leads the SEC, and in meetings with Vanderbilt, Texas A&M and Arkansas, Harris turned in over 100 yards rushing and at least one touchdown.

Disappearing acts with Harris via Alabama’s coaching staff in certain moments of games has rubbed the fan base in a negative way. Going back to the Iron Bowl, there was a drive where the Tide was able to run the ball, establish a rhythm and take a 14-10 lead entering the second half.

Saban’s message to Daboll in that area should be if something is working, stick with it.

Possessing both the ball and the clock is imperative, in terms of Alabama putting its offense in position to have success while keeping Clemson on the sideline as much as possible.

He is a consensus All-American and winner of both Jim Thorpe and Chuck Bednarik awards, but there is nothing Minkah Fitzpatrick would want more than revenge against Clemson.

Hunter Renfrow, a former walk-on, is the wide receiver that has damaged the Crimson Tide in its meetings with the Tigers. He burned Fitzpatrick for two touchdowns in the first national championship contest during the 2015 season, and in both games combined, he’s totaled 17 receptions for 180 yards and four scores. To avoid another historic outing, Fitzpatrick and Alabama’s secondary must account for No. 13 at all times at Mercedes-Benz Superdome.

On the field, Fitzpatrick joins Evans as a permanent team captain.

He chimes in with 52 tackles, six tackles for loss, 1.5 sacks, seven pass breakups, three quarterback hurries and one interception. Creating some takeaways will be of the utmost importance as the Tide anticipates taking Clemson out of its element early and often.

He has to play within himself, but Jalen Hurts must also have a good showing.

Regardless of his two huge scores in last season’s game back in January, his inability to convert third downs is what led to Alabama’s defense tiring out and Clemson earning a victory.

Executing and seeing the field are primary focuses for the sophomore quarterback, as he weighs in with 1,940 passing yards, 768 rushing yards and 23 total scores to one interception.

A saving grace for Hurts is that former Tide standout Jacob Coker established a rhythm during the 2015 playoff.

It took him five years and two different teams to become an effective quarterback, but in his second season at Alabama (first-year starter), he developed confidence in his deep ball and it led to four touchdowns and a 300-yard passing game against the Tigers.

If another pedestrian effort happens, the cries for freshman Tua Tagovailoa will not only be evident, but fans may also see him in the contest. He’s been in control with displaying a calm demeanor in every situation; nonetheless, Hurts’ actions on the field will tell the bigger story.