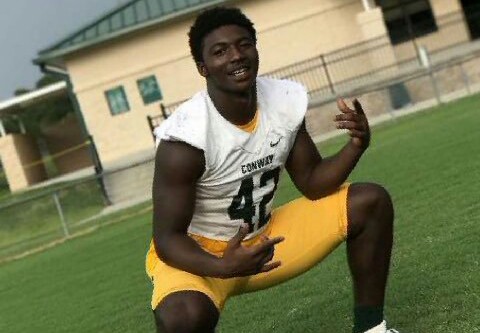 National Signing Day is on next Wednesday, February 7 and Alabama is still offering some impressive talent.

Jaylen Moody received an offer from the Tide on Wednesday.

Blessed To Have Received an Offer From The University of Alabama 🔴⚪️💪🏾🙏🏾 pic.twitter.com/EQ1YlEwYed

Moody is a 3-Star LB according to most recruiting outlets. He is very quick and knows how to attack the football. His RB background enables him to sniff out runs early and attack.

Alabama has 2 signees and one verbal commit from a LB in their 2018 recruiting class. This class is filled with defensive players and Moody could join this stacked group.