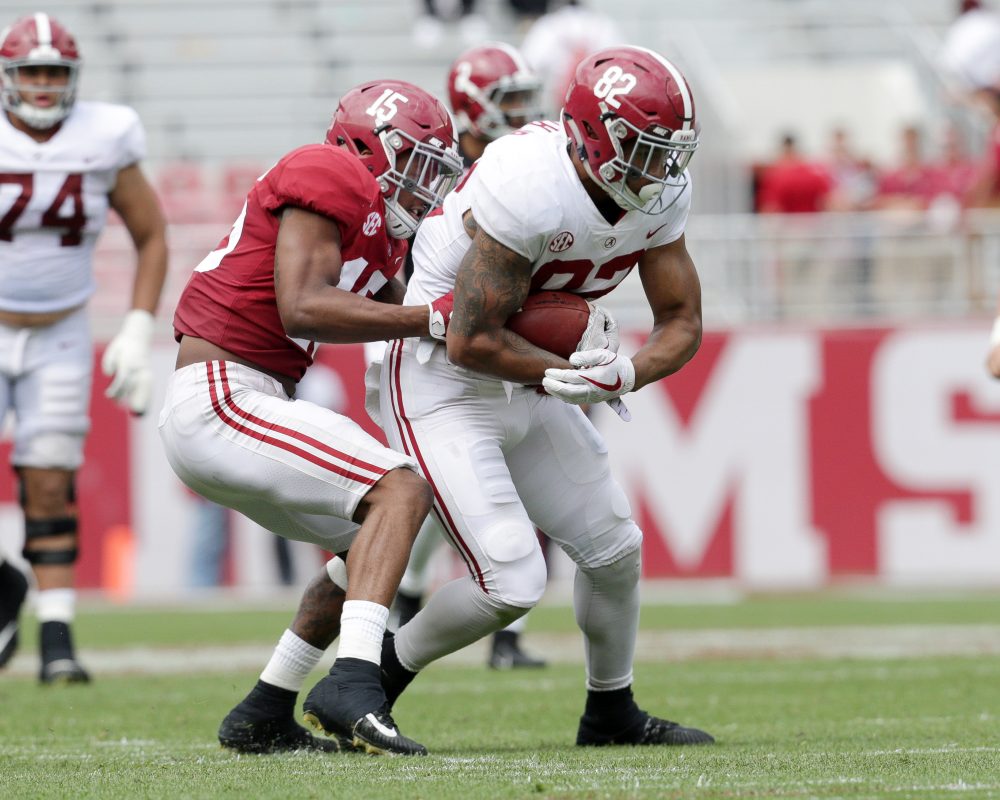 Alabama has produced quality talent out of their players. 61 Alabama alums reported to NFL training camp this past week and there have been eight Alabama players selected in the first round in the past two NFL drafts. While Alabama has constant success with its players and has won seventeen national championships one of the biggest questions people ask is when will the tight ends be used. In the past few seasons, the tight ends haven’t been used too much. They are primarily used as blockers and weren’t known for their receiving ability. However, in recent years the tight ends have become more athletic. Preston Dial, Michael Williams, and Brian Vogler were both over 6’5 and 260 pounds so they were viewed more as another tackle. Alabama didn’t use tight ends the way the Patriots use Rob Gronkowski or how the Chiefs use Tarvis Kelce. OJ Howard was the first tight end who was used as a receiver but was underutilized at times and never caught more than 600 yards in a season. We saw OJ Howard take over the National Championship game in 2016 is that a sight of what is to come for the future of Alabama tight ends. Is it possible that this year the tight ends are used more frequently?

All three starting receivers from the 2017 team departed this past offseason leaving some young and talented players but none of them have started a game. Hale Hentges and Irv Smith Jr return as the starting tight ends and Miller Forristal is back after tearing his ACL. This could be the year that the tight ends finally become more involved in the offense.

Last year Calvin Ridley was the go-to receiver but Smith and Hentges actually combined for six touchdown catches on 21 receptions. That’s almost a fourth of the touchdowns thrown in 2017 by the Alabama quarterbacks. Smith and Hentges have shown they are capable receivers and know how the offense works now it is just up to the quarterback to get them the ball.