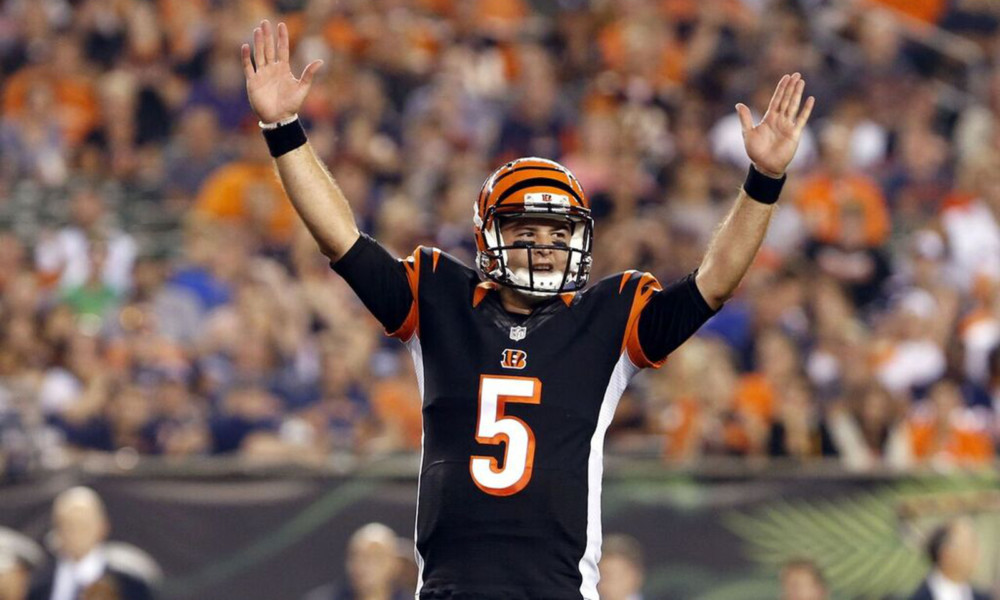 After years of making his case to be a starter, AJ McCarron thought he would get that chance with the Buffalo Bills. Friday night those chances came crashing down, as McCarron suffered a broken collarbone against the Cleveland Browns, according to The Buffalo Daily News. McCarron got his first start of the preseason Friday night and it ended prematurely. The unfortunate injury leaves him effectively out of the quarterback conversation in Buffalo. The Bills will likely turn to first round rookie Josh Allen to start the season. This off-season McCarron signed a two-year deal worth $10 million in free agency after spending his first four seasons with the Cincinnati Bengals. The deal included a $4 million signing bonus, a fully guaranteed $900,000 base salary in 2018 and had $1.1 million of his 2019 base salary guaranteed for injury. There is no time table for his return and Bills head coach Sean McDermott said the quarterback will undergo further tests when the team returns to Buffalo. Best wishes to AJ and a speedy recovery for him.

QB AJ McCarron was injured in the game vs. the Browns. What does this mean for the Bills?#BUFvsCLE https://t.co/cejJBZlPa1