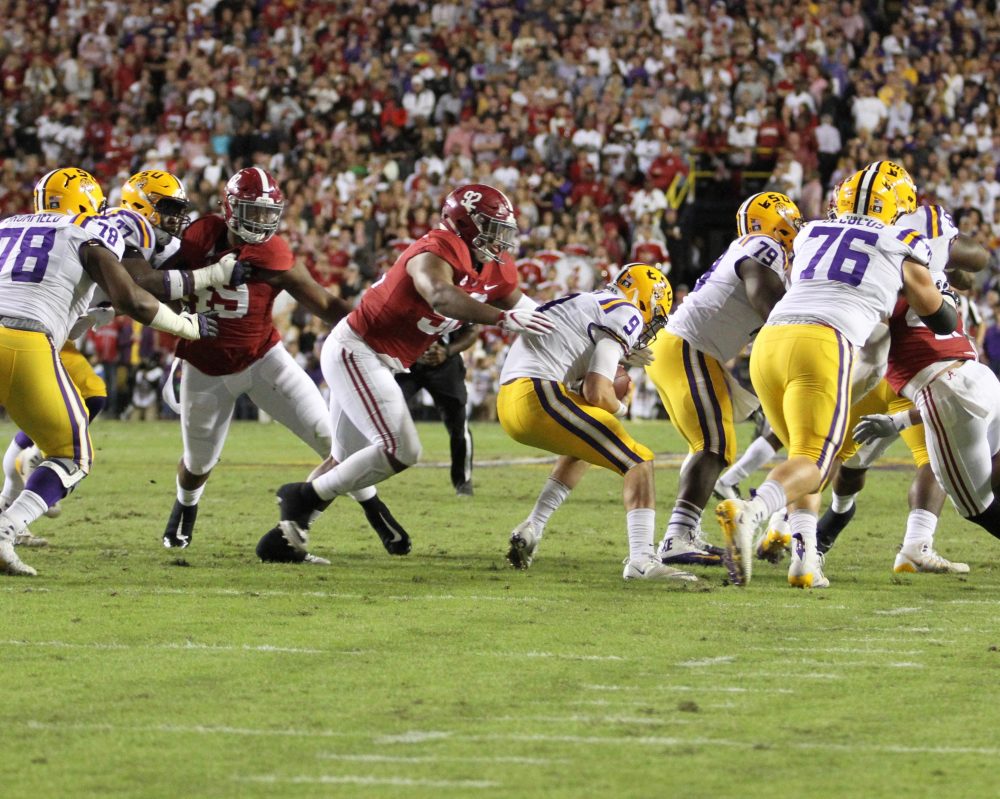 It may be worth it at this point in the season to point out that every team scored on Alabama this season, yes even the so called cupcake teams. Every team that is but the nation’s then number three team, LSU. Herein lies the truth that his this defense, dubbed the “Nasty Boys”, is coming around and getting better, all at the right time.

There are various reason for this. Alabama’s bevy of freshmen and first year players are now 10 games into the season and are beginning to play like old pros. Christian Miller is now showing signs that he’s almost 100% recovered from his ailments and the blowout wins that Alabama has been having has given the twos and threes lots of playing time and that means that when they rotate in and out, there’s an almost no drop in what the defense can do and the production they have. No Alabama defense in recent years has been able to play so many different players in so many games.

Last week Alabama rated out as the nation’s 16 best team in total defense. After the jaw dropping performance at LSU, it jumped five spots to number 11. Proof that this defense just keeps on getting better as the season goes on.

Quinnen Williams Alabama’s dominating nose tackle put on a clinic in the LSU game, even taking down a runner for a loss while being double teamed. He ended the night with 10 tackles, 2.5 sacks and 3.5 tackles for loss. Mack Wilson, dropping deep like a safety from his linebacker spot picked off a pass that stopped a potential scoring drive, Savion Smith a freshman, is now playing like an SEC veteran defensive back. In the LSU game, he was second on the team in tackles and had two good pass defenses. The entire defense held LSU to just 12 total rushing yards for the entire night. And in case you didn’t know, this LSU team had been averaging over 200 yards rushing a game before this contest.

This coming week, Alabama will play the Mississippi State team who boasts the SEC’s best total defense. Should Alabama’s “Nasty Boy” defense put up better stats than State’s, then that will be only further proof that this defense is truly becoming one of the nation’s best.

It would be hard to believe that they won’t indeed put up better defensive stats than State simply for the reason that the Bulldogs have never seen an offense quite like this one. It has been the offense that has garnered all the praise so far this season, at least until the LSU game. Now pitching a shut out against the nation’s number three team, the defense is now able to take a bow and stand in the limelight as they always have.