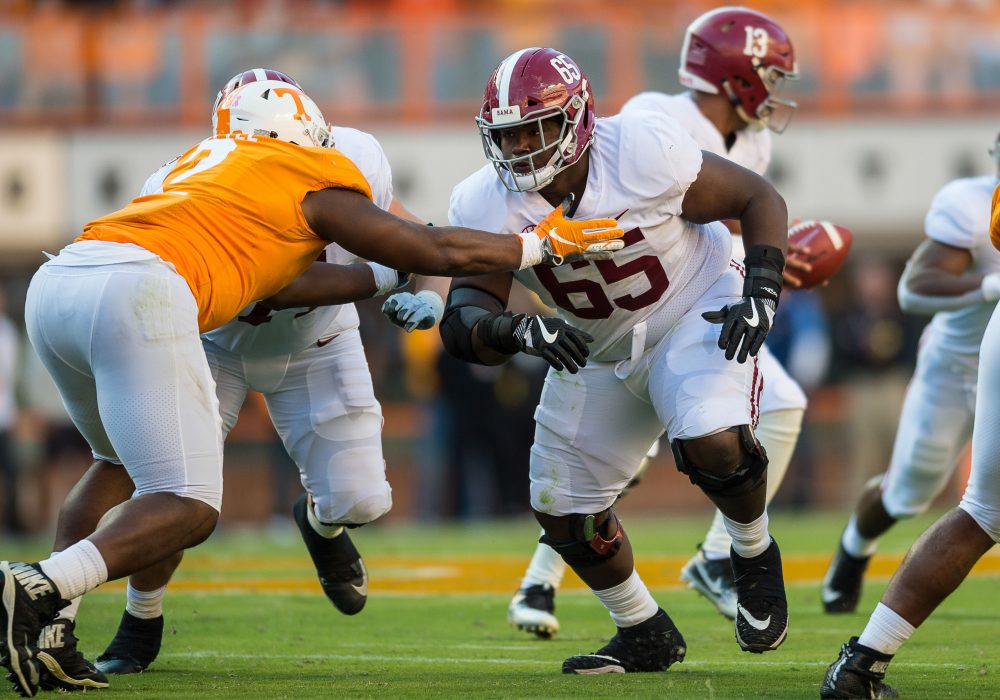 Nick Saban announced Tuesday that three players had not made the trip to Miami for the Orange Bowl due to a violation of team rules thus. The violation resulted in players being suspended for the game. One of the players that did not make the trip is the starting left guard for Alabama, Deonte Brown. While Alabama has been fortunate not to have succumbed to several injuries this season, this is still a devastating blow. Brown has been a force on the offensive line and helped increase the rush attack for the offense when it was originally struggling to consistently run the ball. The past few weeks Brown has been dinged by a turf toe, but his absence could be a possible difference in the game against Oklahoma.

With Tua Tagovailoa leading the offense the gameplan became more pass-oriented and focused on the run-pass option (RPO). Tua began to put up Heisman like numbers but the run game somewhat struggled. Damien Harris, a two-time thousand-yard rusher in 2016 and 2017 was averaging a yard less per rush and it appeared that the run game was not as dominant than in the past. Cotton then got injured and the injury slowed him down. Cotton was benched and the run game began to improve especially in the LSU game and the Mississippi State game when the passing offense struggled. Cotton came in for Deonte Brown when Brown suffered a turf toe injury. The run game became more consistent and Cotton appeared to have his job back, but Brown got healthy again and Lester Cotton became the backup. However, when he was needed in the SEC Championship game Cotton came in for relief and helped produce a game-winning touchdown drive by Jalen Hurts.

The loss of Deonte Brown does hurt but Lester Cotton is an experienced veteran and Alabama can develop a game plan that will focus on Cotton’s strengths. With a backfield featuring three dominant running backs and the Heisman finalist, there is nothing to worry about the production. There is someplace to worry when it comes to the offensive line. The offensive line has played together the entire season and is a finalist for the Joe Moore Award for the best offensive line in college football. The Orange Bowl will show what the loss of Deonte Brown means to Alabama and how the game-plan may change moving forward.