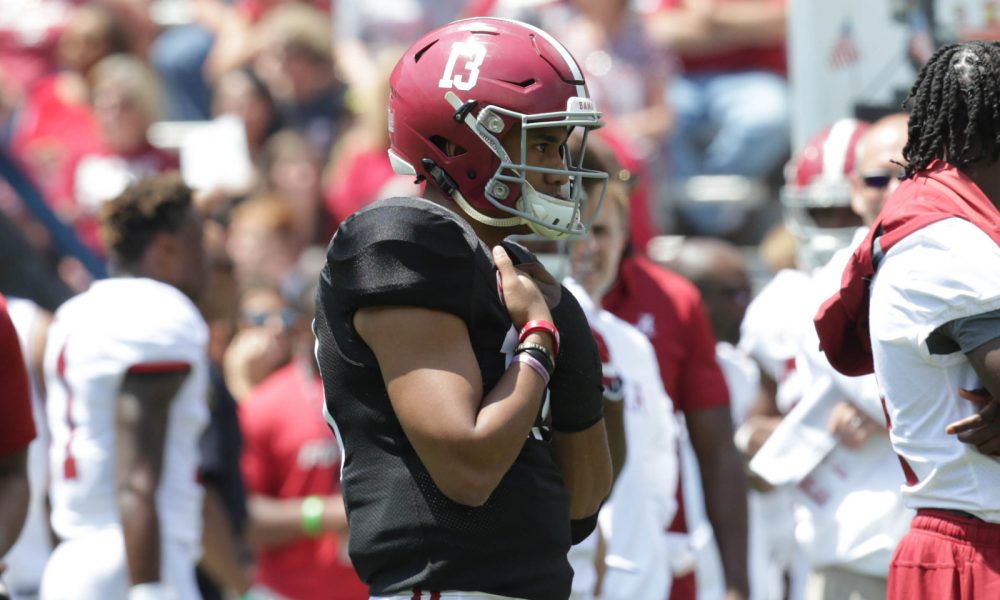 A clear difference stands in between full health and an injury.

For Tua Tagovailoa, the University of Alabama quarterback dissected it quickly following the Crimson Tide’s matchup versus Arkansas last season.

Prior to the matchup, the native Hawaiian was having a Heisman-caliber year.

He was stepping into throws with confidence, he moved his feet within the pocket with ease, and each throw was on target. Upon him taking a shot to the knee against the Razorbacks, fans noticed a different Tagovailoa in meetings with Tennessee, Missouri, LSU and Mississippi State. Despite him leading the Tide to wins in those games, he seemed uncomfortable commanding his footwork and had problems driving passes downfield.

The issues intensified in the Southeastern Conference Championship Game against Georgia, as Tagovailoa sustained an ankle injury. In trying to press too much, he tossed two interceptions and after taking another hit – he was forced to the sidelines and Jalen Hurts had to relieve him.

Regardless of his record-setting numbers – 3,966 passing yards, 48 total touchdowns– Alabama fans are much more concerned with the returning junior’s health. Head coach Nick Saban has been complimentary of the offensive line in spring practice; however, he shared a message to the media on Wednesday that every supporter of the Tide should get behind in terms of Tagovailoa.

“To me, it’s the responsibility of the quarterback to sometimes protect himself,” Saban said.

One of Tagovailoa’s biggest pitfalls is that he tries too hard to create something out of nothing.

Instead of playing the next possession, he tries to earn everything on one play – which open his body to taking unnecessary shots from defenses. Although he does not think of football as a dangerous game, Saban knows that one can’t make a huge play out of every play.

“Sometimes you have to know when to throw the ball away,” Saban continues on Tagovailoa needing to learn how to protect himself more.

Hurts’ departure to Oklahoma leaves Tagovailoa with not much experience behind him at quarterback. The ability for him to make the entire course of next season without a medical mishap is crucial, if Alabama wants to redeem itself and win a national championship.

Practice Report: Pair of Defenders Deal With Ankle Trouble
PODCAST: Will Mac Jones win out as Alabama’s primary backup QB?
To Top
%d bloggers like this: