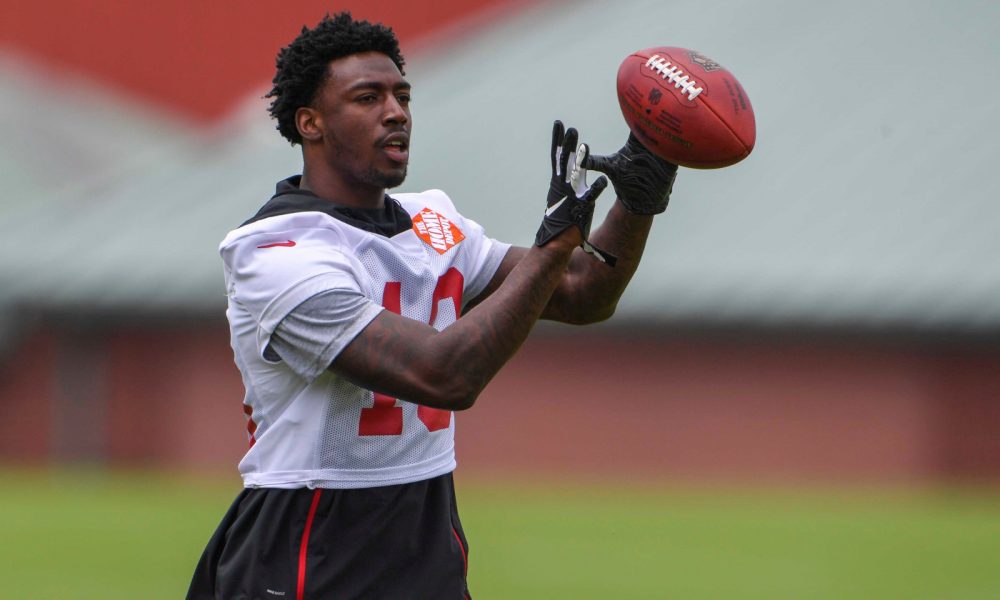 After having some players injured on defense and missing out on the playoffs last season, second-year receiver Calvin Ridley is one guy that seeks pushing the Atlanta Falcons to a deep postseason run and maybe a Super Bowl championship next fall.

The former Alabama football star had a strong rookie year – alongside Julio Jones – totaling 64 catches for 821 yards receiving and 10 touchdowns.

His output in scores tied him for sixth among wide outs in the National Football League and Ridley also had one 100-yard performance in a 43-37 loss to New Orleans. In a competitive matchup, the Florida native brought in seven passes from Matt Ryan for 146 yards with three scores.

Seeing how Ridley is focused on details and understanding the weapons the Falcons have offensively, beat reporters for the franchise are excited about what the once five-star prospect can do next season.

According to a video from Kelsey Conway, Ridley is currently putting in work at mandatory minicamp.

The Pro Football Writers Association All-Rookie Team member for 2018 is seen working a route, elevating to catch a pass and keeping both feet in-bounds.

My offseason prediction: Calvin Ridley will lead the Falcons in touchdowns next year. He looks so good this offseason pic.twitter.com/MQx4csHJRs

Conway captions the video with her prediction of Ridley leading the team in touchdowns, despite the fact of him being the high-man for scores last year.

Prior to the NFL, the two-time College Football Playoff National Champion (2015, 2017) and two-time Southeastern Conference Champion (2015-16) was one of the best all-time at his position at Alabama.

Ridley tallied 2,781 yards with 19 touchdowns on 224 receptions through three seasons.