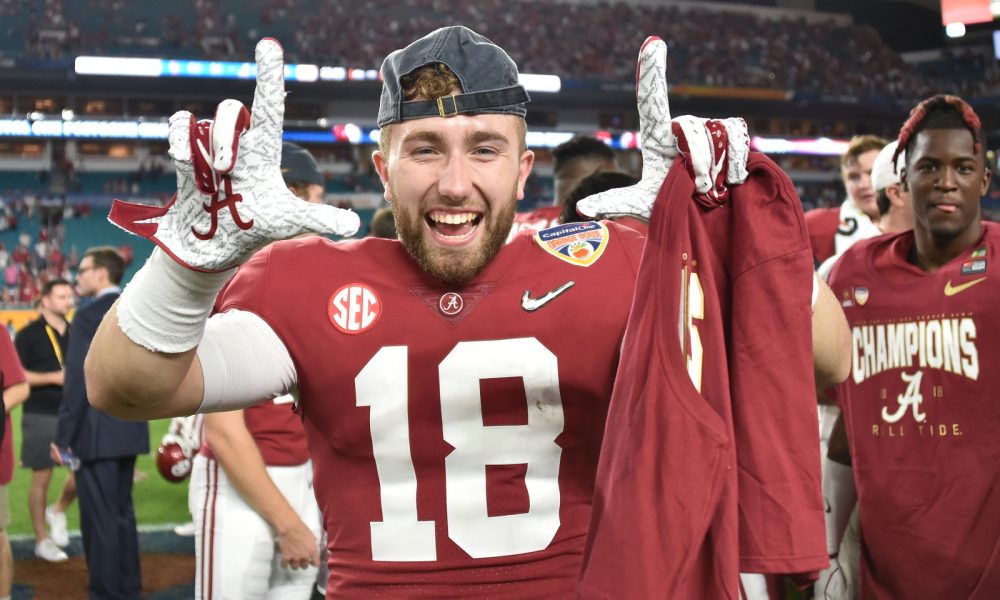 Like it does with true freshmen, Alabama football has plenty of redshirt freshmen that will see action this season. After having a year to learn the system, student-athletes such as Emil Ekiyor, Jerome Ford and Jalyn Armour-Davis among others are ready to contribute to the program.

Slade Bolden, a native of West Monroe, La., is another second-year talent.

As the Gatorade Player of the Year for the state of Louisiana in 2017, Bolden was a premiere athlete on offense and defense. He was known for skill set at quarterback and running back at West Monroe High School — totaling 1,622 passing yards, 1,460 rushing yards and 40 touchdowns.

Bolden was handed a three-star grade from multiple recruiting networks, prior to signing in the Crimson Tide’s 2018 class. The 5-foot-11, 191-pounder has been a scout-team quarterback at times for Alabama; however, he’s improved his game at receiver this offseason.

His toughness and secure hands led him to strong performances in spring and fall practice.

He turned in a pair of good preseason scrimmages and according to the Tide’s depth chart, Bolden is the co-backup (Jaylen Waddle) to Jerry Jeudy in the slot or “H” position.

Henry Ruggs III, a junior, has noticed the growth of his teammates confidence and is excited to see Bolden get a chance on the field.

He and others have referred to the sure-handed target as the younger version of a Super Bowl-winning, elite wide receiver in the National Football League.

“We call Slade ‘Julian Edelman’ every day,” Ruggs said. “The way Slade has been in practice since spring, he has really improved at receiver. He has been making a lot of plays.”

When it comes to the Edelman reference, Ruggs said Bolden has a way of making tough receptions.

In terms of making tough catches look easy, two receivers come to mind for Alabama: Kevin Norwood and Richard Mullaney. Both were not flashy, but they found ways to contort their bodies with a degree of difficult in order to bring in passes.

Bolden has this same ability and it will be intriguing to watch him go to work upon getting his chance.