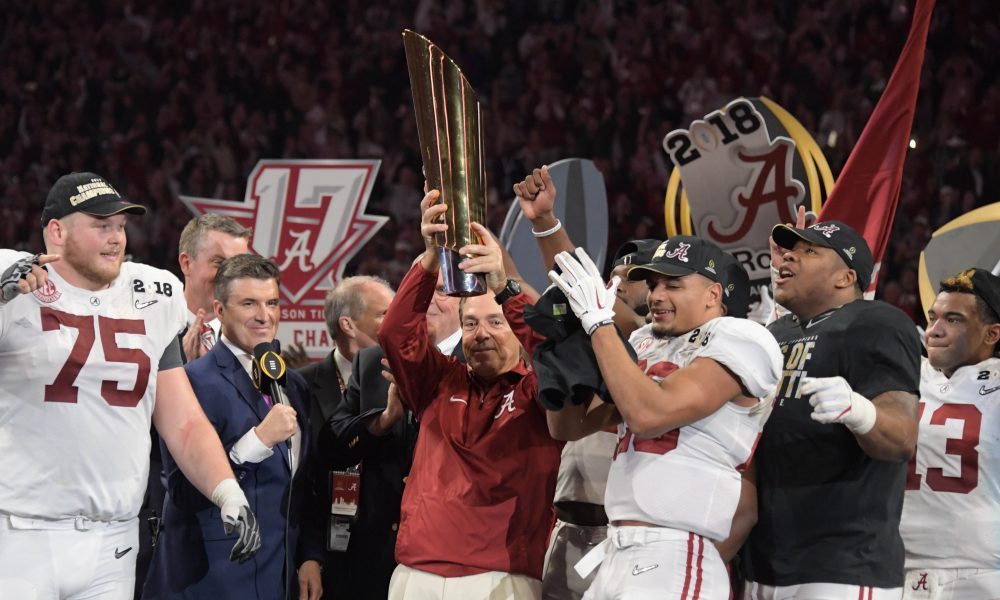 Recently ESPN has been releasing its top 150 College Football teams of all-time and yesterday it reached the point of listing all of the greatest SEC teams in its rankings. To no one’s surprise, Alabama teams from the Nick Saban, Bear Bryant and Gene Stallings eras were littered throughout the top 10.

Below is the full list of the ESPN’s top 10 SEC teams of all-time.

At the two spot came the 2009 national championship team under Saban which contained some of the biggest stars to ever walk the halls of the school. With guys like Julio Jones, Rolando McClain, Trent Richardson and the first-ever Heisman Trophy winner in Mark Ingram the team had some legendary talent. This championship again came off of a long drought from national recognition and was the team which sparked arguably the most dominant era in the history of the sport.

Lastly comes the 1979 team under coach Bryant. Talk about sheer dominance. Bryant’s team put on a defensive clinic that season by giving up just 67 points the entire season along with five shutouts. This was also coach Bryant’s sixth and final national championship which at the time stood alone as the most by any coach in the history of the sport. Even today Bryant is the only coach to have won six championships at a single school.