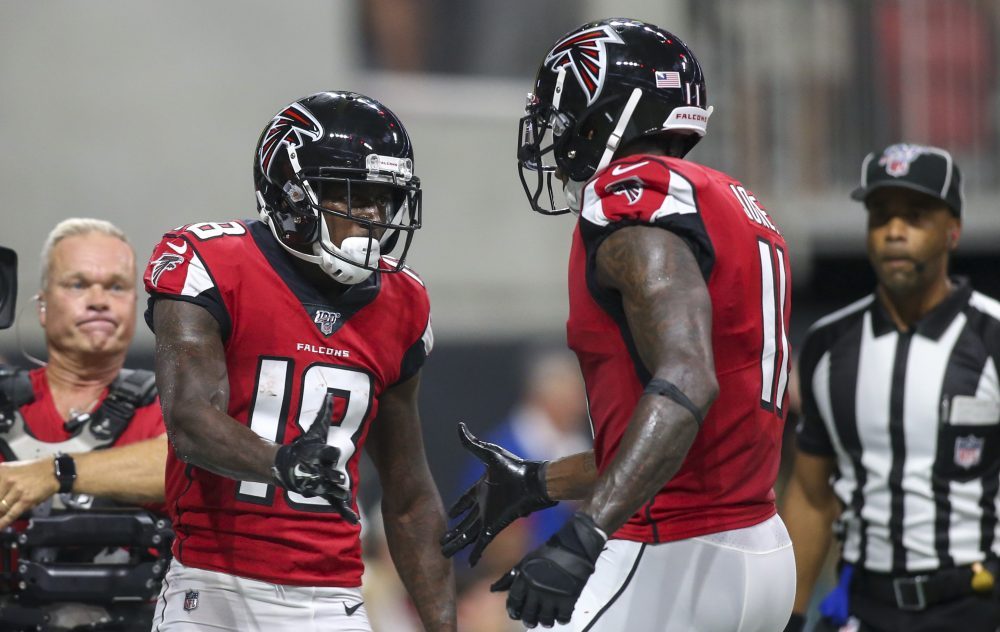 In an ugly, injury riddled edition of Sunday Night Football between the Eagles and Falcons ended with hometown Atlanta crowd in delirium following the performances of their two star wide receivers Calvin Ridley and Julio Jones.

Since the running game was nonexistent for the Falcons offense, quarterback Matt Ryan turned to the pair of former Alabama route runners to pick up the slack. And that they did.

The first half of the game Jones saw a ton of double coverage in hopes to slow down the new highest paid receiver in football. This ended up opening the floodgates for Ridley who caught a 34-yard touchdown with five minutes left in the second quarter to give the Falcons the lead.

When Jones was negotiating his contract with Atlanta he did not choose to sit out any training camps which is a bit unusual for a star like him. But the reason why Jones wanted to be there was so he could help Ridley develop even more this season. In his rookie campaign Ridley caught 64 passes for 821 yards and 10 touchdowns and now is on pace for even bigger numbers.

Ridley finished the game with 8 catches for 105 yards and one score. But his performance alone wasn’t quite enough to keep the Eagles from hanging around.

With under three minutes to play the Falcons were faced with a tough fourth and three in their own territory already losing by three. Deciding not to give the ball back to Philly, falcons head coach Dan Quinn decided to roll the dice and call the number of his best player.

I’d like to think I’m not alone when I say this touchdown run reminded me of one that happened about 10 years ago now. 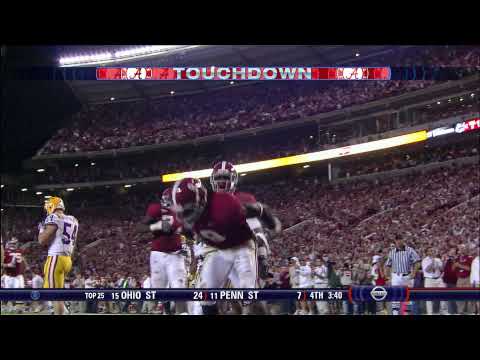 The Falcons went on to win the game 24-20 with Jones finishing with five catches for 106 yards and two touchdowns. Both Alabama wide receivers combined for 13 catches for 211 yards and three touchdowns on the night.