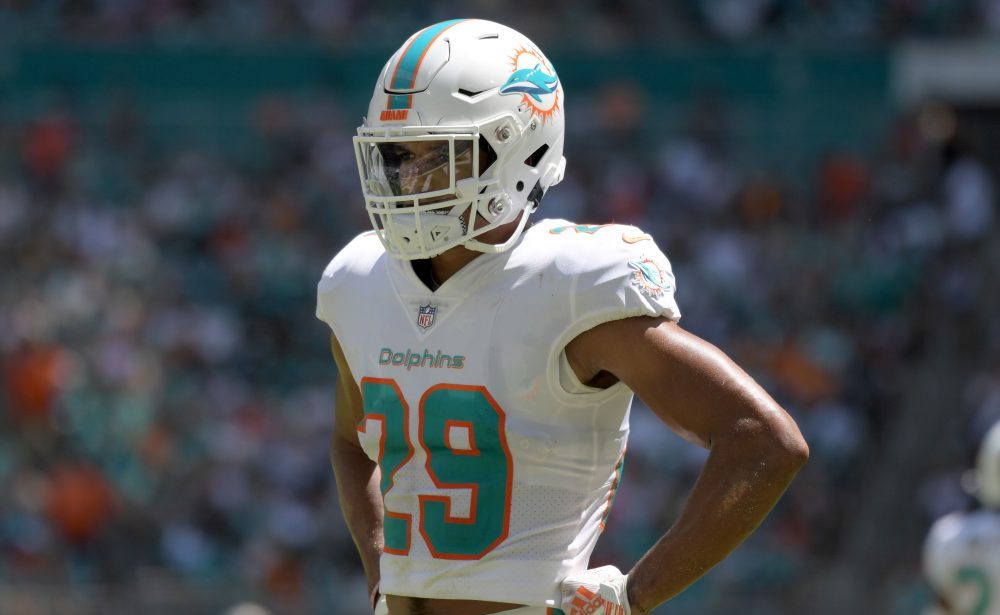 According to ESPN’s Adam Schefter, the Miami Dolphins have traded 2018 first-round pick Minkah Fitzpatrick to the Pittsburgh Steelers in exchange for a 2020 first-round pick. Fitzpatrick who requested a trade following the team’s week one loss to the Baltimore Ravens has been unhappy with his role on the team for quite some time.

Along with Fitzpatrick Miami will also send a 2020 fourth-round pick and a 2021 seventh-rounder in exchange for Pittsburgh’s 2020 first and fifth-round picks and its 2021 sixth-round pick per NFL Network’s Ian Rapoport.

During the preseason Fitzpatrick worked all over the secondary, not getting a chance to settle in and develop at one spot. A lot to ask from a second-year player.

Fitzpatrick’s frustration came to a front as the Dolphins defensive struggles continued during a 43-0 loss to the New England Patriots last Sunday.

Pittsburgh will likely have the former Alabama defensive back, slide right into a starting role on the defense as they lost safety Sean Davis to injury on Sunday against the Seattle Seahawks. The Steelers could use the secondary help in general as the unit has allowed 320 passing yards per game during the first two weeks of the season.

Formerly the 11th overall pick in the 2018 NFL Draft, Fitzpatrick is still on his rookie deal until the 2021 season and is guaranteed $16.4 million.

UA players see DL Justin Eboigbe, DJ Dale as guys that can help the team
Trio of former Alabama DB’s with big games in week two of NFL action
To Top
%d bloggers like this: