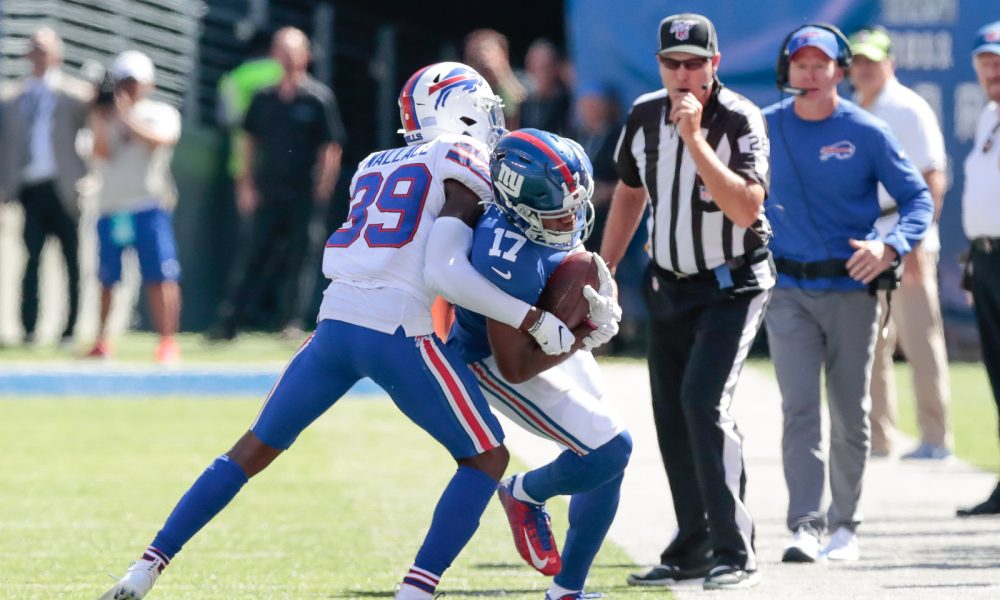 He probably cannot watch every NFL game, but Nick Saban must be overjoyed with how well many of his former players are performing at the professional level.

Seeing how he is a defensive mind with a focus on cornerbacks, it is an added bonus for him to have corners and safeties doing well in the pros.

The trio of Levi Wallace, Eddie Jackson and Marlon Humphrey each turned in strong outing for their respective teams in week two.

Wallace was pivotal for the Buffalo Bills, as it has defeated both New York teams.

In its 28-14 win over the Giants, Wallace collected eight tackles (all solo) with one pass breakup and helped force two interceptions.

He accounts for 13 tackles thus far (12 solo) with three breakups for the Bills.

Jackson finished third on the team in tackles (10) for the Chicago Bears in its 16-14 nail-biting victory over Denver. Six of his stops were solo tackles and he broke up two passes.

Jackson assisted the Bears defense in forcing an interception off Joe Flacco.

As for Humphrey, he kept Kyler Murray from a winning a matchup for the Arizona Cardinals against his Baltimore Ravens. The former five-star amassed six total tackles (five solo), one tackle for loss and one breakup in a 23-17 win for the Ravens.

His teammate, Anthony Averett (another former Tide player) was credited with four tackles.

All three players were on national championship team for the Tide.

In the weeks that follow, Alabama fans will continue charting the progress of its favorite offensive and defensive stars in the NFL. With players such as Julio Jones setting records and others on defense being productive, it makes choosing Alabama much easier for a recruit.