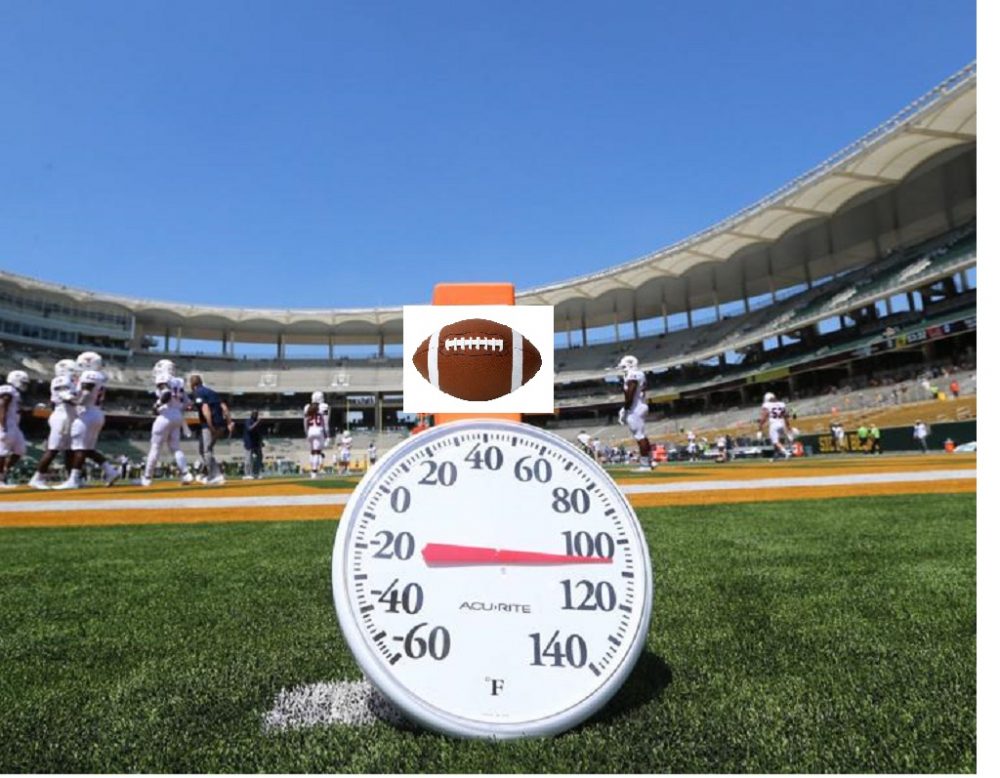 For most teams, one third of the season is over and we can see who’s hot and who’s not. There are some surprises, see if know who they are.

Do you realize that 1/3 of the regular season we all love so much is already gone for most teams? While that’s a sad truth, the good news is that there has been enough football played that we can finally see for ourselves without preseason polls or other systems telling us who they think is hot. We can now see that for ourselves.

Before the season started we all sort of knew that the perennial powers would be back. Alabama, Clemson, Oklahoma, Ohio State and Georgia. True to form, those five have held serve till now and are still atop the list and need no further discussion.

But there are some surprises near the top that that need to be recognized that at this point in the season that still have a legitimate shot at making the college football playoffs.

Will this list change in just over 2 weeks? It could very well change but the teams that are hot now should finish the year with a lot memories of things that went very well.

Here are teams who still have a shot to make the playoffs. While so many of these above listed teams and teams in the hot list have head to head contests coming, the list of folks with a shot at making the playoffs get shorter indeed. But for now, these teams are still in the contender list, though some are at best just good pretenders, but time will tell who’s who.

A convincing win over Texas put LSU on everyone’s radar and if you thought that was just a flash in the pan, you haven’t been watching as they mow down opponents weekly with a suffocating offense much like Alabama’s and a defense to match.

October will be a put up or shut up month as to how far the Tigers can take their dreams as they face Florida, Mississippi State, Auburn and Alabama in successive weeks. Should an undefeated LSU and Alabama face off, it will be the game of the week and should decide the SEC West Championship.

A huge nationally watched win in week one put Auburn on everyone’s radar. While it wasn’t a huge win terms of the scoreboard, it was a huge win to put them in the spotlight. A close game with Texas A&M didn’t silence all their critics and the jury may be out on Auburn until they play LSU and what a game that will be.

Should Auburn win that game they can only take quick breath because Georgia and Alabama await just down the schedule and therefore have a smaller chance of running the table undefeated, but until they are beaten, they have at least proven that they are a team that should be taken seriously.

Presently 8th in the AP poll, here is a team I’d have rated much higher. They’ve only given up points to one team this year, Michigan, who was a top 10 team in the coaches poll. And by the way they whipped Michigan badly 35-14 and it was much worse a beating than the scoreboard showed.

This is a team that could easily be the surprise team of the year. They’ll easily go undefeated until they play Ohio State and if they climb that hill, I don’t see a team remaining on their schedule that is likely to defeat them. If you aren’t watching them, start, this is a very legitimate playoff team.

While Florida has cracked the top 10 at this point and done so even with a backup quarterback leading them to two of their wins, they deserve some congratulations at this point. But, they seem like a team that has simply been more fortunate than fantastic.

Three of their next five games will be against Auburn, LSU and Georgia and they’re not expected to win any of those games, but if they defeat Auburn, then they’ll certainly get more respect than they’re getting right now in terms of being a legitimate contender.

WHO IS NOT HOT

These teams started the season with a lot of playoff hype that ended up just being hot air. Who are these teams that are now out of any consideration but given so much talk?

Can we finally stop all talk of Notre Dame being a legitimate playoff contender? They didn’t look impressive over a pitiful Louisville team and they were beaten worse by Georgia than the score would have you believe.

Always over rated, always over loved by the press and media, despite a pretty easy schedule from here on out, I can see this team losing at least one more.

Is this finally the year that Texas is back? They do have a great quarterback and exciting offense, but play a typical Big 12 defense. Oklahoma should make their season even worse.

Even if they somehow defeat Oklahoma and go the rest of the way undefeated, they still won’t make the playoffs over say a once defeated LSU who already defeated them. They do have a bright future though and they may make it back soon if they learn to play defense.

It’s funny now to see the people that thought Michigan would make the playoffs this year. They’re like roaches with the lights coming on. They’re all hiding now.

Michigan hasn’t beaten any top 25 team on the road since their 22 year old seniors were in elementary school and they were all of sudden supposed to jump from joke team to champions? Too many of us saw this train wreck for what it was even before the first kickoff. I can see them losing up to three more games. A playoff contender? Please… How about winning one road game against any top 25 team first and then start talking.

Do you say just Oregon or the whole PAC-10? When Auburn defeated Oregon the crack went so deep as to really negate the entire PAC-10 to playoff obscurity once again. Should Auburn wind up with say losses to Georgia, LSU and Alabama then how can a one loss PAC-10 team make a case to be in the playoffs?

And if anyone think California from the PAC-10 can finish undefeated, please seek help as soon as possible.

Alabama Football, cleaning up some of the bad numbers
WATCH: Shane Lee, Christian Harris lead Alabama ILB’s through prep for Ole Miss
To Top
%d bloggers like this: