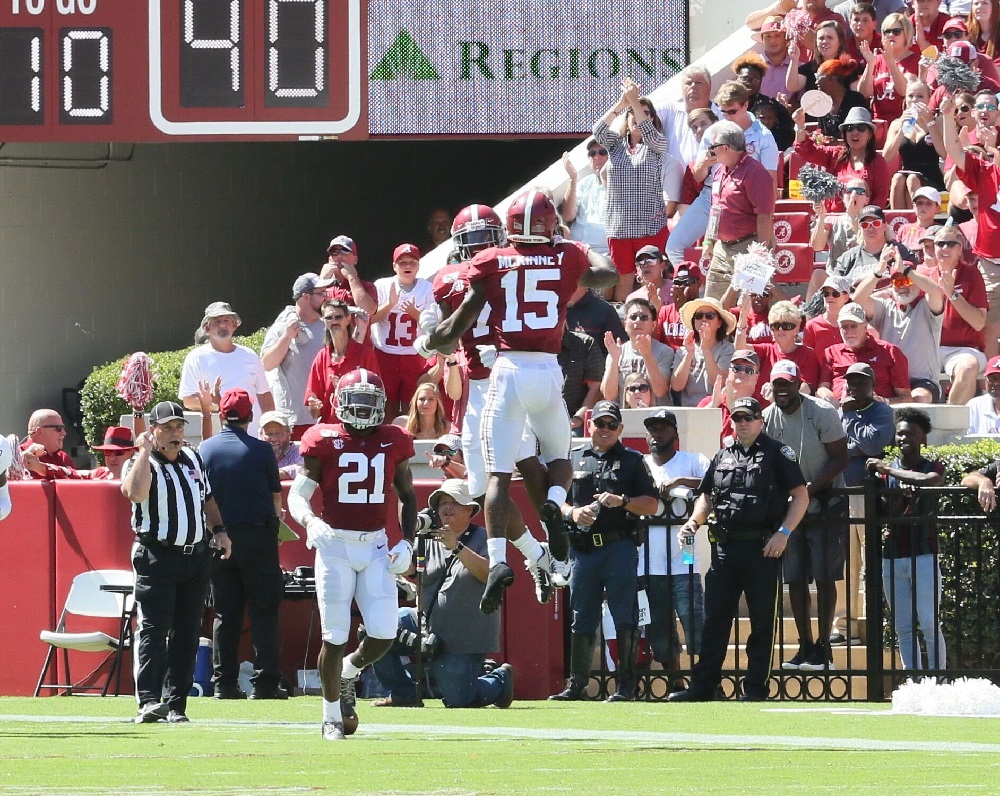 Is Alabama doing better increasing some of their bad national ranking in key areas of offense and defense? See how the numbers shook out this week.

Earlier I wrote an article that raised some eyebrows. It was “2019 Alabama football by the numbers” and you can see it if you missed by clicking on the link. The article showed how Alabama was not even ranked in the top half of the country in some key areas. So this week, we wanted to see if Alabama could start picking up some of those bad numbers.

The answer was, yes and not really, but a lot of them were improved.

WHERE THEY DIDN’T IMPROVE

They are one of the worst teams in the nation in punting and through the first three games averaged 36.57 yards a punt. That’s a pee wee football average. Today, despite the work put in, they managed to average 37 yards a punt or an extra few inches. And in Turnover margin, they were averaging a positive 2.33. Today they were +1.

Saban has wanted to the rushing game improve and they were averaging 179.67 yards per game in rushing. Today they rushed for 176, so if anything, they took a small dip.

But for the most part, the numbers were encouraging and shows that maybe they’re beginning to turn things around.

WHERE THEY DID IMPROVE

In the first three games Alabama averaged giving up 308 yards of offense to opponents. That was 114 yards a game rushing and 194 yards passing on average. Today they gave up just 226 yards in total offense, just 52 yards rushing and 174 yards passing, so that was good.

Third down success rate has always been a pet peeve of mine and through the first three games Bama was only averaging a miserable 50% rate. Today they completed 60% of their third down attempts.

On defense, the Tide was letting teams convert 33% of their third downs, today Southern Miss converted 2-11 or just 18%.

One big change was penalties. Alabama was one of the nations worst teams in this category averaging 7.7 penalties a game for an average of 71.7 penalty yards a game. Today they had one penalty for 15 yards.

So overall, it was a good day where Alabama at least started chipping away at some of the bad numbers and not losing much ground in the areas where they didn’t shine as brightly.

That at least shows Alabama is trying to improve and succeeding, but there is still a lot of work to do before they’re considered a truly championship caliber team.