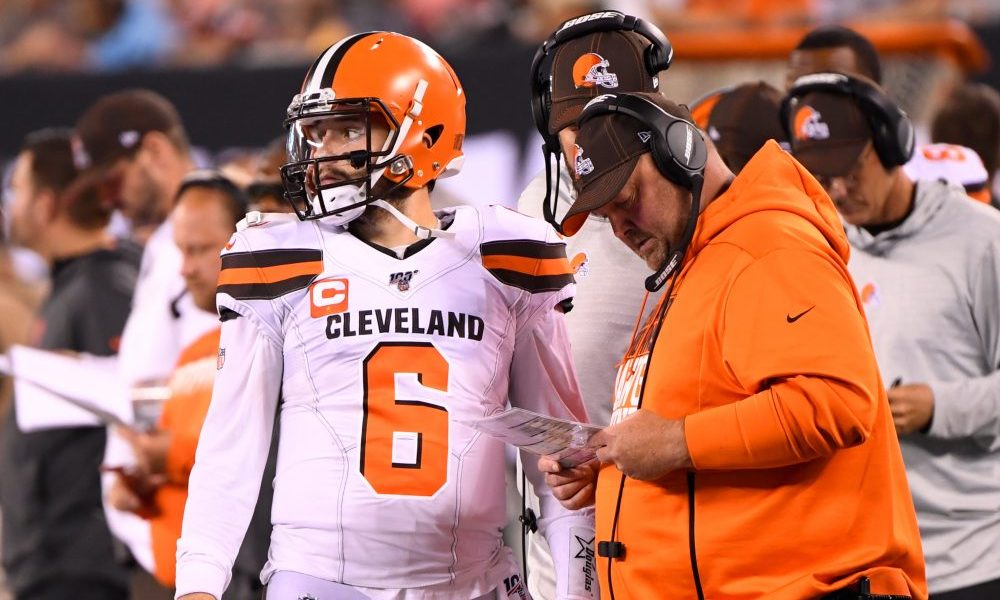 There’s no sugar coating it, the Cleveland Browns have struggled to open the season, particularly on the offensive side of the football. Despite the wide range of talent at the skill positions, the offensive line has not played up to par, and second year quarterback Baker Mayfield has had his own fair share of rough moments.

Unsurprisingly the media has been all over Mayfield for his performance and recently ESPN analyst and former Jets and Bills head coach Rex Ryan shared his own criticisms.

“I don’t get it,” said Ryan, via Mary Kay Cabot of Cleveland.com. “I’d love to be an offensive coordinator here. I have Odell Beckham, Jarvis Landry, Nick Chubb and there’s Baker Mayfield. Yeah, I know he’s overrated as hell… Look, I bought into the dang hype. I’m like ‘Oh yeah!’ But not to the point where everyone’s saying he’s going to be league MVP.

“Here’s a guy right now that’s a one-read guy, and then he’s going to improvise. He’s gotta realize that you are one of the slowest guys on that field when you take off with it. The ball’s not coming out in rhythm. He’s staring down guys, and you’re not that accurate down field.”

Following the comments head coach Freddie Kitchens came to his quarterback’s defense when speaking to the media on Wednesday.

“I appreciate his opinion and all that, but he is not in our building,”said Kitchens. “He has no idea what we are doing. I would answer that with that.”

Kitchens was also asked about Ryan’s comment of Mayfield being a “one-read”quarterback.

“No, he is not,”said Kitchens. “That is asinine to even say.”

Until Mayfield and the rest of the Cleveland Browns improve as a whole, the war of words will likely continue. And if things continue to move in a downward trajectory it’ll only get worse.

Alabama set to host 3 official visitors this weekend
Alabama QB commit, Bryce Young, to play on ESPN
To Top
%d bloggers like this: