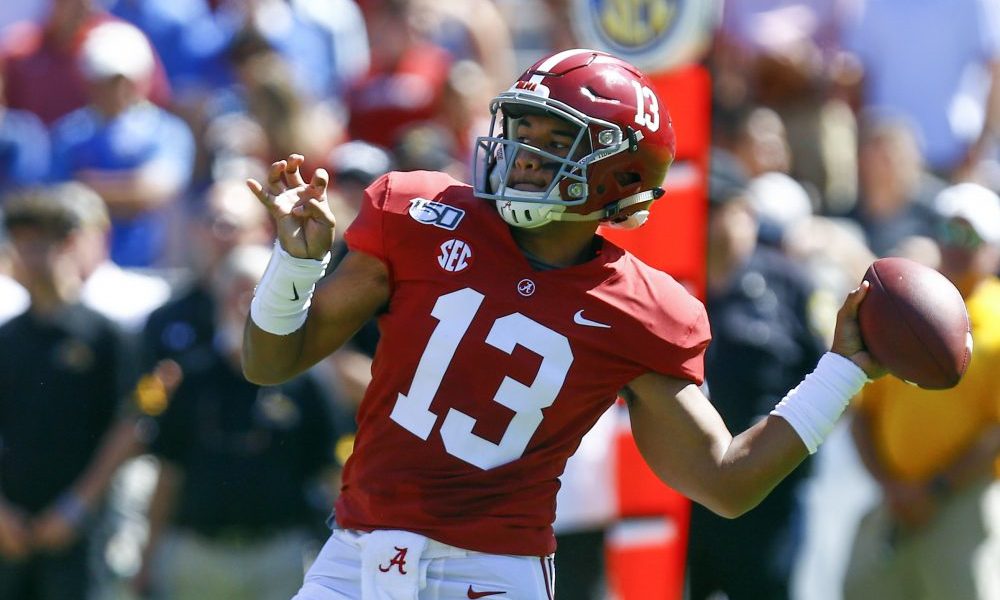 It’s officially the halfway point in the college football regular season and now that there are real game tape and data on every team’s quarterback Pro Football Focus has decided to rank the nation’s top 130 quarterbacks. To give a little bit of background, PFF has its own ranking system and advanced statistics when it comes to evaluating players. The website looks at the nitty-gritty when it comes to looking at players.

So far much of the talk amongst the NFL scouts have been about the tank for Tua movement. At this point in the year, Tua Tagovailoa has demolished every opponent in his path looking like the obvious number one overall selection. He’s been defenses worst nightmare and has shown great improvements in decision making and physical traits.

But where does he rank according to PFF?

Well, as of right now Tagovailoa has graded out as the third-best quarterback in the country.

Now, this is nothing to be upset about. Out of the 130 other starting quarterbacks in the country, at this point in time Tagovailoa has performed as a top-three player and he’s only halfway through the year. The only two quarterbacks ahead of him are former Alabama quarterback Jalen Hurts and LSU quarterback Joe Burrow.

Despite the current position, Tagovailoa will have a chance to prove himself against Burrow on Nov. 9 when LSU travels to Tuscaloosa in one of the most anticipated games of the season.

Listed below are the other SEC quarterbacks:

PODCAST: Are Alabama fans “all in” on Tua Tagovailoa for Heisman?
WATCH: Nick Saban’s final press conference before matchup with Texas A&M
To Top
%d bloggers like this: