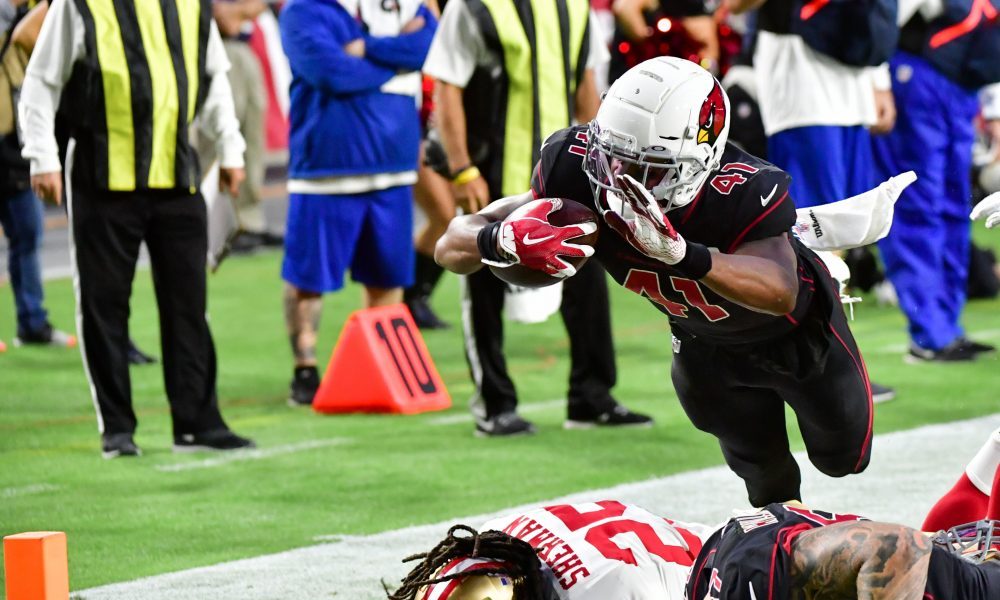 After being deemed expendable by the Miami Dolphins earlier this week, former Alabama running back Kenyan Drake might make his former team regret the move. On Monday Miami traded Drake to the Arizona Cardinals for a conditional 2020 draft pick.

In other words, he was traded for close to nothing.

But on Thursday night football against the undefeated San Francisco 49ers, Drake decided to gash one of the NFL’s best defenses. It was clear on his first carry of the game that he was on a mission as he took the handoff 36-yards into 49er territory.

Hello, Kenyan Drake!@KDx32 goes 36 yards on his first carry with the @AZCardinals! #RedSea

Drake’s production didn’t stop there, as he would go on to rush for a season-high 110 yards on just 15 carries giving him an average of 7.3 yards per attempt and he also got himself in the endzone for a touchdown. The former Alabama running back was also a big player out of the backfield as he led the team in receptions with four for 52 yards.

“They came and got me for a reason, said Drake via the team’s website.

His breakout performance caught many’s attention yesterday after only being with the team for three days before the Thursday night matchup.

“Super impressed,” said Arizona quarterback Kyler Murray. “To be honest, I kind of felt or knew what he was capable of. Everybody’s situations are different, but in this offense I felt like if he just felt comfortable to understand the plays and concepts, he would thrive.”

Even his former head coach Nick Saban who was doing his weekly radio show in Alabama couldn’t help but comment on his running back.

“I don’t know if there was a problem in Miami of if they’re just building for the future,” Saban said. But Kenyan has a lot of ability, and in the right circumstance and with the right team, I think he can have a phenomenal career.

Raiders’ RB Josh Jacobs wins AFC’s Offensive Rookie of the Month
Where do Alabama commits play this week?
To Top