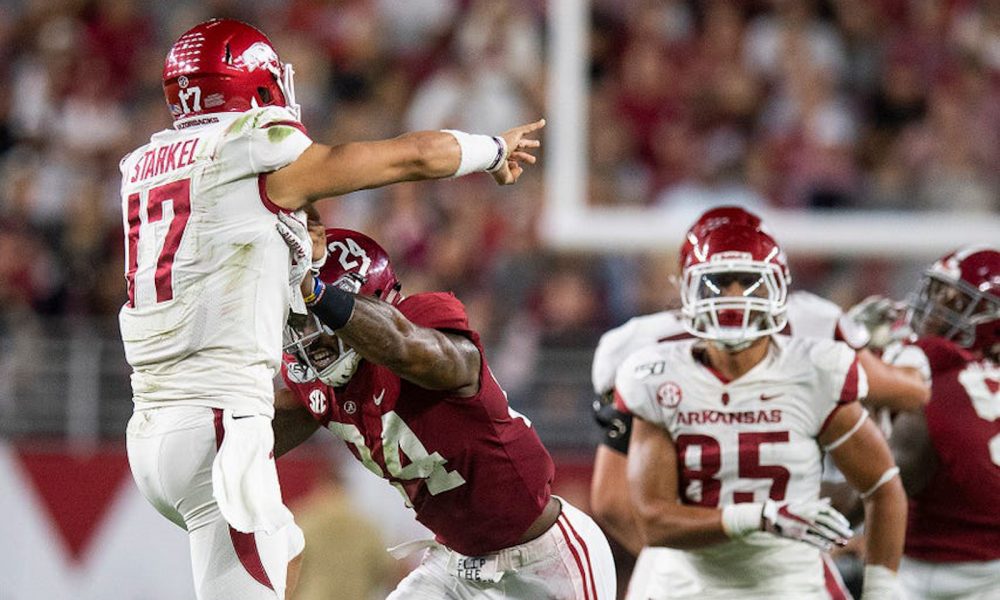 He is not with the hype.

Prior to this season, Terrell Lewis has waited two years to play in a game with high stakes and everything on the line. A former five-star from Washington, D.C., he relishes the big stages, bright lights and an opportunity to shut down the opponent facing his team.

He’s come alive in the last few weeks as an edge rusher, but he is really excited for Saturday’s challenge at home.

The 6-foot-5, 252-pounder is one of the Southeastern Conference leaders in sacks (six) and carries nine tackles for loss with 12 quarterback pressures. On Wednesday, Nick Saban said the health of Lewis and Anfernee Jennings has made the team look more like a vintage Crimson Tide defense. During these last two weeks, national media has pushed LSU as the best team.

The disrespect is at an all-time high🤦🏾‍♂️

He has missed two games against the Tigers since his freshman year (2016), but injuries won’t hinder him this time. The redshirt junior is prepared to come after Burrow and with NFL scouts in attendance, it will be a chance for Lewis to prove he is more than worthy of a top-10 grade.

May the best team win, but this weekend will be the moment for Lewis.

Nick Saban shares a secret behind Joseph Bulovas’ growth in consistency
Nick Saban and Ed Orgeron weigh in on President Trump attending the game
To Top
%d bloggers like this: