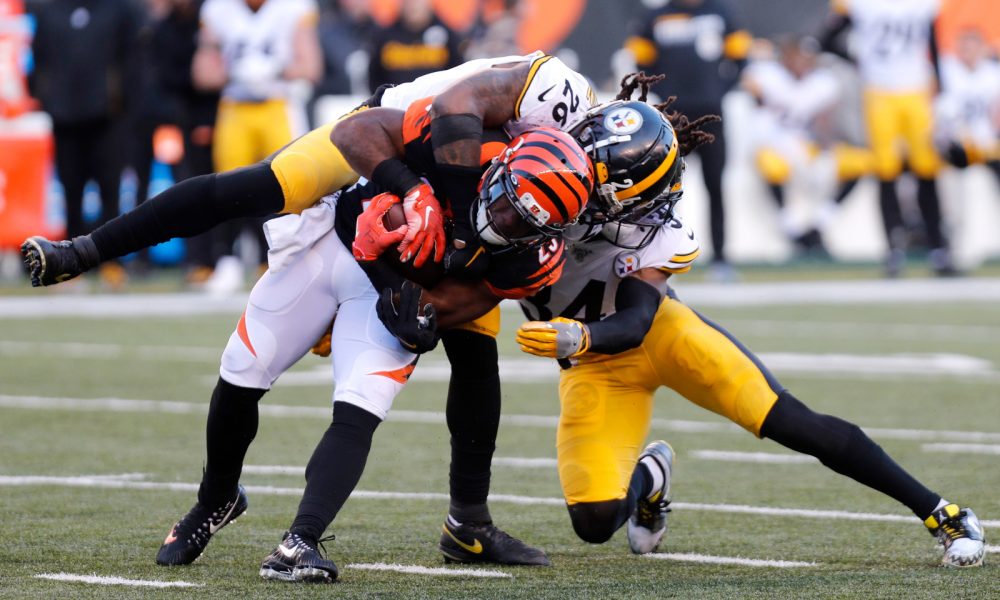 It has to win-out, but the Pittsburgh Steelers are in a good spot.

Former Alabama football standouts, Minkah Fitzpatrick and Mark Barron are trying to navigate the franchise into the AFC playoffs. After a tough loss to the Cleveland Browns, both players took their anger out versus Cincinnati in a 16-10 win on the road.

In Sunday’s matchup, the duo combined for 12 total tackles (six each) and Barron collected one tackle for loss, one sack and one quarterback pressure from his linebacker position.

Fitzpatrick continues to be a ball magnet, as he recovered a fumble off Tyler Boyd of the Bengals.

Both guys held Cincinnati to just 86 yards rushing, while assisting a defensive front that sacked Ryan Finley four times and rendered him to a 46.2 percent completion rating (12-of-26 passing).

When he’s not providing joy to residents in his hometown of Mobile, Ala., Barron is the third-leading tackler for the Steelers.

The former All-American and two-time BCS National Champion has 56 tackles, three tackles for loss, one sack and one interception.

Since arriving in Pittsburgh from Miami, Fitzpatrick has 42 tackles, eight breakups (second on team), five interceptions (team-high) and two touchdowns. He was an All-American, Jim Thrope and Chuck Bednarik award winner and a two-time College Football Playoff Champion in his time with the Tide.

If the season ended today, Fitzpatrick and Barron would have the Steelers at 6-5.

Pittsburgh would be the sixth and final seed (second wildcard team) in the AFC playoffs.

Both players have a chance to get revenge next week against the Browns.

Which Alabama players could Raiders GM Mike Mayock be scouting?
Former Tide RB Derrick Henry continues to feast on Jaguars
To Top
%d bloggers like this: