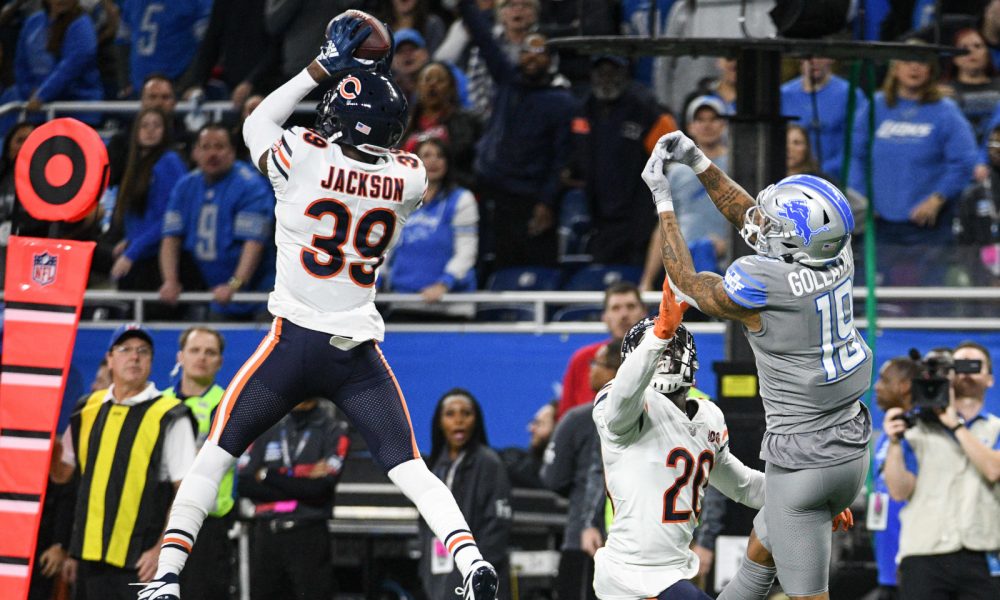 As he did so many times in his career at the University of Alabama, it was Eddie Jackson who made the play to help the Chicago Bears win on Thanksgiving. While things seem bleak, in terms of postseason contention for the franchise, the former Crimson Tide safety will not go away quietly. On Thursday, he sealed the game with a late interception in the fourth quarter.

It was his first pick of the season and his ninth career interception – matching his output at Alabama.

David Blough of the Detroit Lions wanted one final shot at the end zone with six seconds remaining; however, Jackson undercut the route at the 10-yard line and made a play.

In a matchup where Mitchell Trubisky tossed for three touchdowns, it was a former fourth-rounder from the 2017 NFL Draft that delivered the Bears a 24-20 win. Although it needs to find an identity on offense moving forward, Jackson has its defense as one of the NFL’s best units.

Chicago is fourth in total defense, allowing 3,472 yards in 11 games and surrendering 17.1 points per contest. Jackson has 48 total tackles, including 4.5 tackles for loss. He also chimes in with three pass breakups, one forced fumble and one fumble recovery.

The native Floridian leads a defense that is ready to championships now, but its offense must find the quarterback first.

For now, Jackson has the Bears at 6-6 and is pushing to try to make the playoffs.