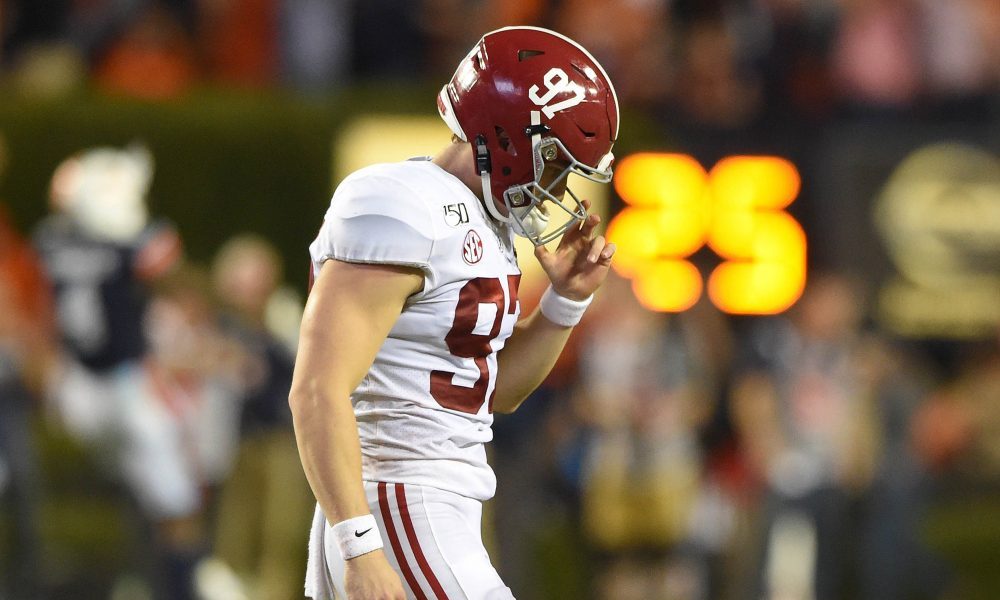 On Sunday, Alabama kicker Joseph Bulovas sent out an apology via Twitter, to the Crimson Tide fans for his missed game-tying field goal against Auburn.

Bulovas who replaced injured kicker Will Reichard earlier in the season was 8/10 on field goals before the missed 30-yard kick and 54/56 on extra points. Prior to 2019, Bulovas was the team’s primary kicker in 2018 where he was 14/18 on field goal attempts and 75/81 on extra points.

Prior to the miss, Bulovas had drilled a 43-yard attempt in the first quarter.

“Regardless of the circumstances, that is a kick I should make in my sleep and nobody is as big of a critic as I am of myself,” read Bulovas’ statement. “To the fans, my coaches, and my teammates; I promise you will never see a guy work as hard as I will for the entirety of my career because I owe that to all of you.”

Alabama has had a troubled history of missed field goals in recent years seemingly beginning back in 2013 once again, against Auburn where the Crimson Tide’s missed field goal was returned for a game-winning touchdown