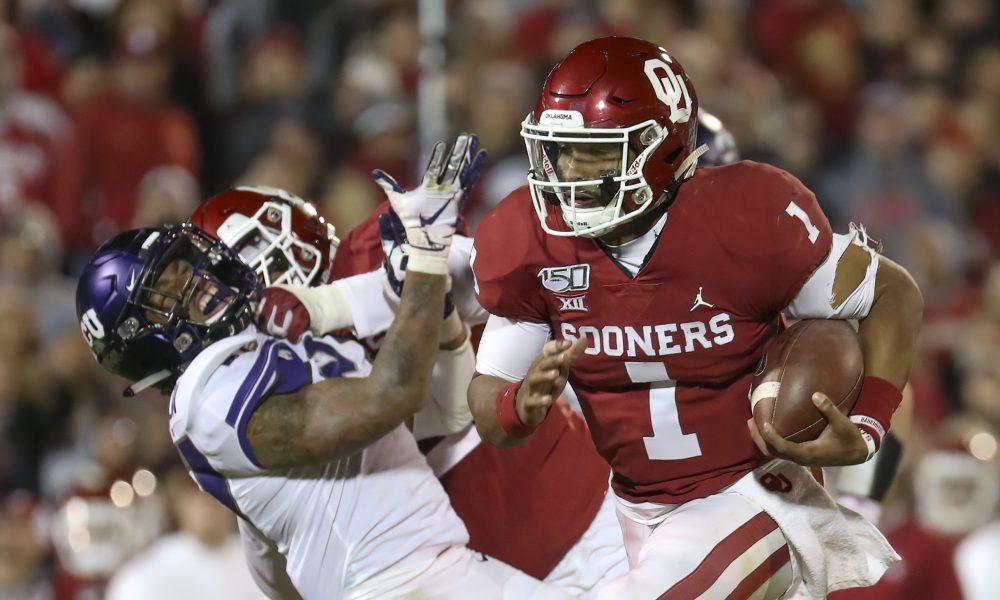 One year removed from Tuscaloosa and Jalen Hurts has taken over the entire Big 12 conference. His impressive regular season has led to him being honored as the Big 12 Offensive Newcomer of the Year.

The announcement came on Wednesday with little competition as to who may take home the award.

Hurts transferred from Alabama in January after losing his starting job, which he held for two previous seasons to Tua Tagovailoa. In all three seasons with the Crimson Tide, Hurts played in a national championship game. But what he will always be remembered for at Alabama is his fourth-quarter comeback which he led against Georgia in the SEC Championship.

Since his departure Hurts has shown tremendous improvements in his passing accuracy and still continues to make plays with his feet.

As Oklahoma heads into conference championship weekend, Hurts has currently posted 3,347 yards, 31 touchdowns passes along with 1,127 yards and 18 rushing scores.