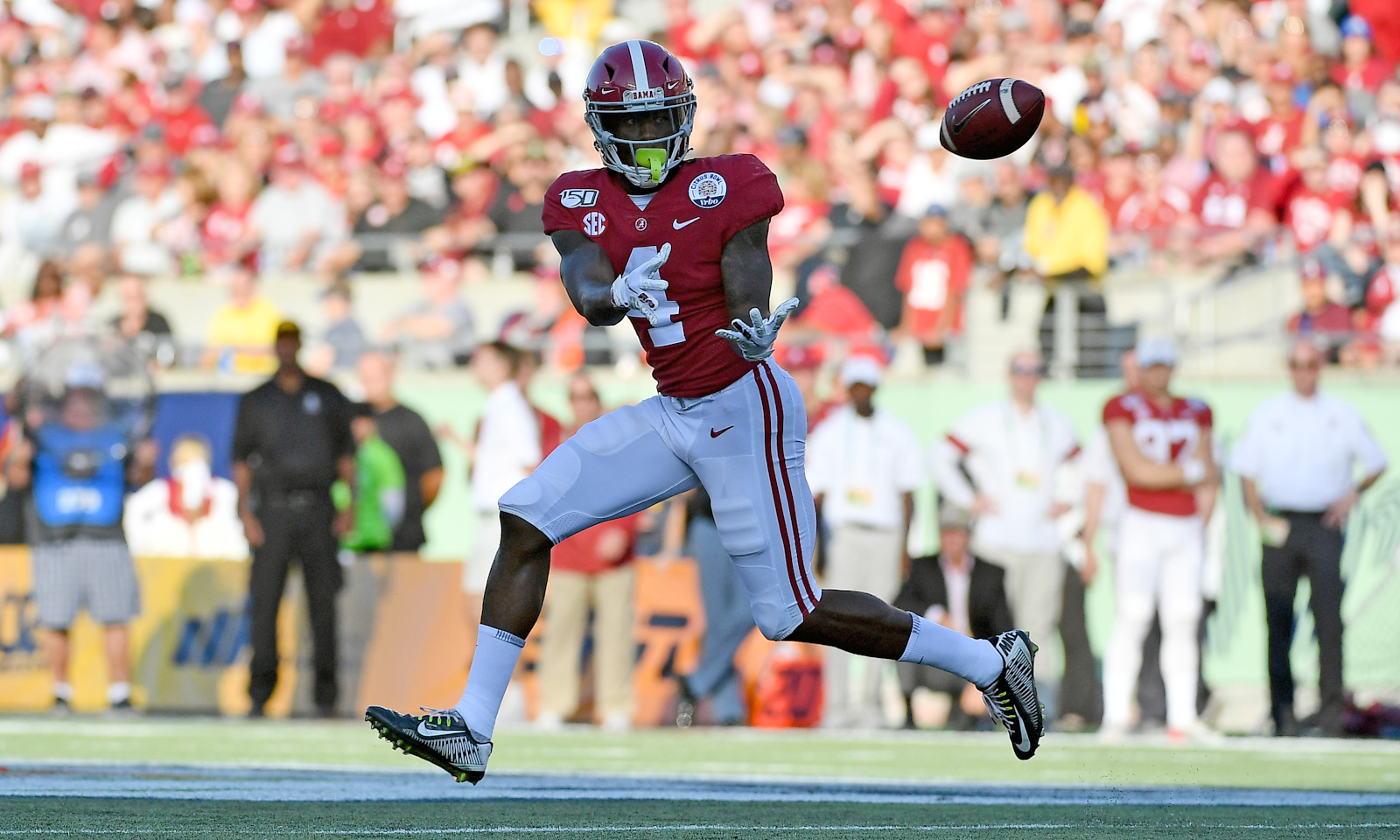 Shannon Sharpe was one of the best – if not the best – tight ends in the National Football League, so the Pro Football Hall of Famer knows a lot about talented pass catchers.

As a co-host on Skip and Shannon: Undisputed, Sharpe is known for being opinionated and when it comes to Alabama, he really likes Jerry Jeudy.

The former five-star totaled six catches for a game-high 204 receiving yards with one touchdown for the Crimson Tide in its 35-16 victory over Michigan in the Vrbo Citrus Bowl.

Jeudy made it known on social media that he would play in the bowl game and the native Floridian did not disappoint. It was his fifth 100-yard performance of the 2019 season and his first 200-yard outing.

Prior to the matchup, he tallied 959 yards receiving.

Jeudy’s blend of route-running, anticipation, speed and hands makes him the best receiver coming into the 2020 NFL Draft – according to Sharpe.

Jerry Jeudy is the best wr in college. Yeah I said it. Smooth in a out of breaks, transition is amazing. Should be 1st wr off the board.

Jeudy is a superior route. One thing Bama Wrs can do, run routes https://t.co/4qqTydlQ4V

In Sharpe’s defense, Jeudy comes from a successful pipeline of receivers from the state of Florida that chose to play at Alabama. Amari Cooper and Calvin Ridley were both first-round picks in their respective drafts.

While some analysts prefer Ceedee Lamb of Oklahoma to Jeudy, Sharpe is sold on the Tide’s star at receiver. He has not made a decision yet on whether he will declare for the draft; however, the Most Valuable Player of the Citrus Bowl is expected to go.