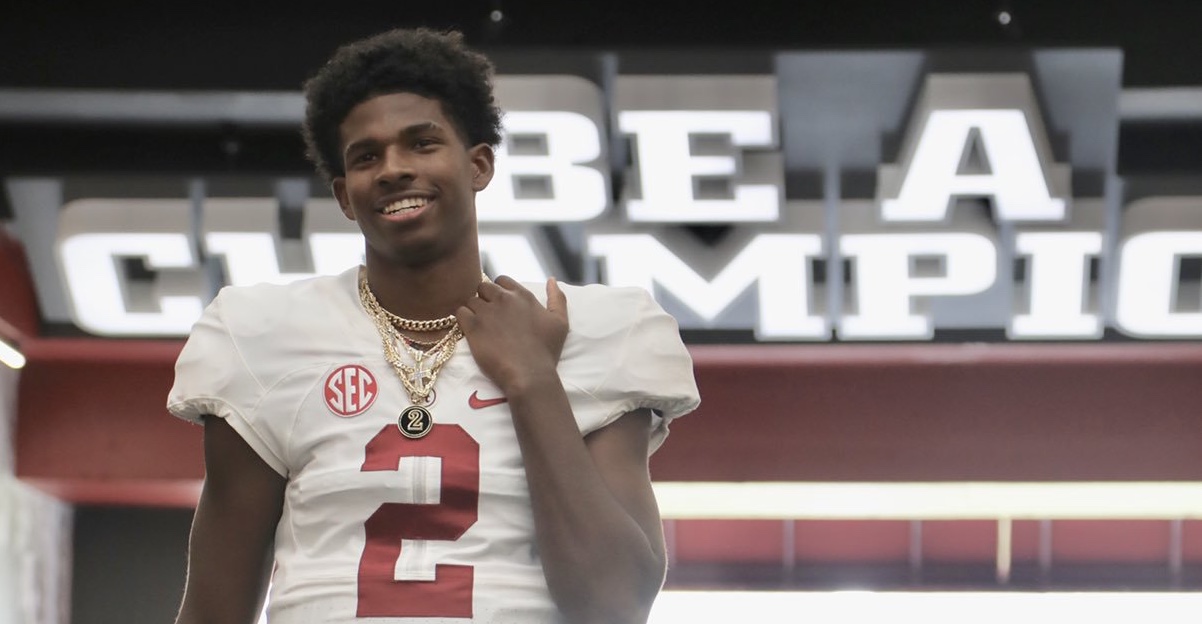 2021 4-Star quarterback, Shedeur Sanders, holds 27 Division 1 football offers and feels all schools are in play at this point.

Sanders is the son of NFL Hall of Fame defensive back, Deion Sanders. Alabama extended an offer to the 2021 prospect in June after a good camp performance, which he said was something, he had always dreamed of.

I dreamt of this years ago, I have worked hard everyday to reach this goal. After competing in the camp today and doing what I do, I was offered by Coach Nick Saban the opportunity to play football at THE UNIVERSITY OF ALABAMA 🐘#RollTide @AlabamaFTBL pic.twitter.com/1iBg7Ovg9M

Georgia Tech, South Carolina and several other schools have offered Shedeur Sanders since then. He said he feels Alabama’s tradition speaks for itself at the Under Armour Future 50 Media Day.

“I mean it is Alabama, It is crazy there,” Shedeur Sanders said. “Their season has just ended, so their coaches are about to get locked back in.”

Memphis was the last school to offer Shedeur. At the moment, anyone who extends an offer to the 4-Star recruit will have a chance to secure his services as Sanders feels no school has separated themselves in his mind.

“My recruitment is really open to anybody and everybody,” Sanders said. “A little bit of everybody is hitting me up, no one really specific.”

Some feel Florida State is in the lead for Sheduer Sanders due to the fact his father is an alumnus. The Seminoles have been in contact with Shedeur despite their recent coaching changes. Most of Florida State’s new staff also have a relationship with Shedeur, dating back to their times at previous schools.

Multiple schools are after Shedeur for several reasons. At 6-2 and 198 pounds, Shedeur is often referred to as a pro-style quarterback, but there is more to his game. He can make plays with his feet, whether that is escaping pressure and extending plays or leaving the pocket and using his vision to cut through defenses.

During his junior season, Shedeur passed for 3,477 passing yards and 47 touchdowns en route to his third state championship.

The schools, Shedeur have been in the most contact with, have made him a priority, although he declined to release the names of those schools.

“The schools I have talked to have made me feel like I am a priority,” Sheduer Sanders said.

Alabama has one verbal commit from a quarterback in the 2021 class in 4-Star quarterback, Drake Maye. The Tide could take two quarterbacks in this class, which they did do in the 2017 and 2019 recruiting classes.

Shedeur plans to take his official visits during the Spring and Summer and commit before his senior season.