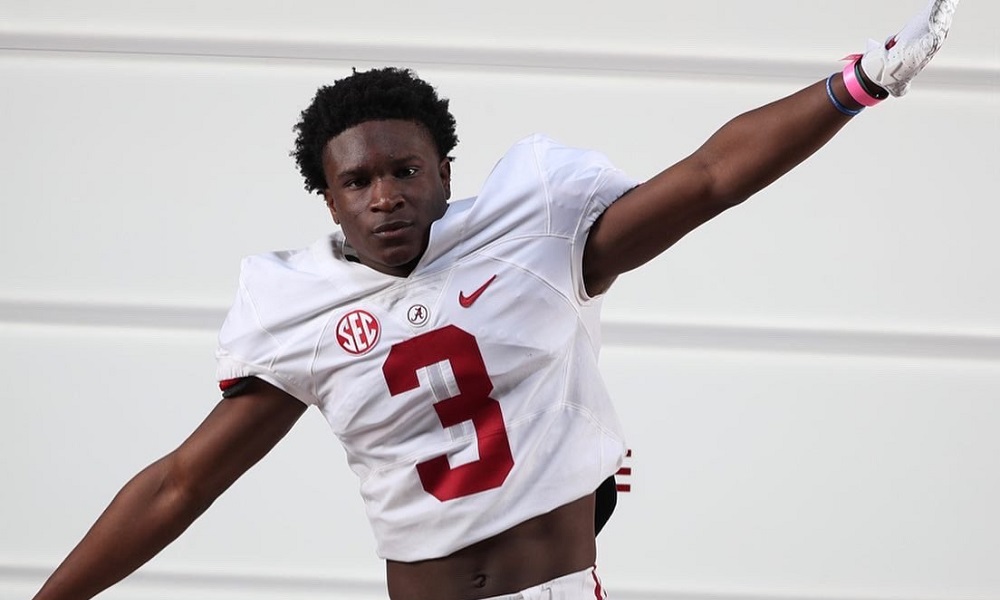 Alabama signed eight recruits from the state of Alabama in the 2020 recruiting class and will look to carry that momentum into the 2021 cycle.

Here is a breakdown of the 2021 in-state recruits Alabama is recruiting:

McKinstry is an elite athlete, who could see some time on both sides of the ball at the next level. He plays with confidence and has breakaway speed. His amazing vertical makes him a safe bet to grab down 50/50 balls, which translates to the basketball court as he has the athletic ability to pull off impressive dunks. The Pinson Valley product is expected to play basketball and football in college.

Brooks is a lengthy edge rusher with long arms. He has the speed to play sideline to sideline and is difficult to contain with his speed. He is comfortable playing standing up and rushing from a 3-point stance. Brooks is also very athletic as Handley High School uses him at the wide receiver position as well.

Hunter is currently committed to Auburn, but Alabama is expected to continue pushing for him. At 6-5 and nearly 300 pounds, the Blount product has experience playing on the offensive and defensive line. He can also make plays in the open field with his ability to track down speedy skill players.

Keenan is a special interior defensive lineman, who already has a wide repertoire of rush moves. The Ramsey product also has impressive speed for a 300-pound lineman. On the rush, Keenan knows how to extend his arms and keep offensive linemen out of his chest.

Lassiter is listed as an athlete due to his effectiveness at the defensive back and wide receiver position. On the offensive side of the ball, Lassiter pulled in 41 receptions for 939 yards and 15 touchdowns and complimented that with 4 interceptions during his junior season. The American Christian product is a hard-hitting cornerback, who is effective at playing bump and run coverage.

Williams could play several positions on the defensive side of the ball, including outside and inside linebacker. He has a quick first step and has the ability to disrupt plays in the backfield. One of the more impressive things about the Ramsey product is his comfort level at dropping back in coverage and defending against the pass.

Jackson is one of the more impressive edge rushers in this class.  Prattville High School is expected to line Jackson up at the inside linebacker position this season, which will help with his versatility. Jackson is very effective in space as he can cover ground quickly and is comfortable in zone coverage

Names To Know Who Do Not Hold An Alabama Offer Yet:

Who are Alabama’s priority targets in the 2021 recruiting class?
WATCH: Who will commit to Alabama next?
To Top
%d bloggers like this: