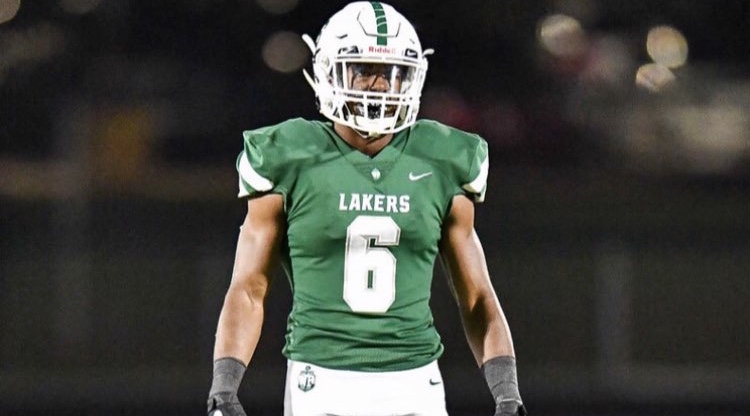 Alabama will look to pull in another great haul of running backs in the 2021 recruiting cycle after landing three in its 2020 recruiting class.

2021 4-Star running back, Donovan Edwards, is one of the running backs Alabama is pushing for hard at the moment, while recruiting resources are limited. Edwards holds more than 40 Division 1 offers and is among the best running back prospects in the 2021 recruiting class. The Tide extended an offer to the Michigan product in January.

Edwards said Alabama’s running back coach, Charles Huff, has remained in contact with him.

“I hear from coach Huff pretty much every day,” Edwards said. “He talks to me about what I can do if I go to a program with a high percentage of winning and how I could easily be a three years and out type of guy.”

The running back position has always been an interesting one for Alabama on the recruiting trail.  Over the last two recruiting cycles, the Tide has landed five running back prospects. All five were ranked as 4-Star recruits are higher coming out of high school.

The way Alabama uses and produces running backs is attractive to Edwards.

“You really think about running backs when you think Alabama,” Edwards said. “Running the football is never going to be a problem under Nick Saban. I feel Alabama can produce a first-round NFL Draft pick at running back every single year.”

There are currently seven running backs in the NFL, who played football at the University of Alabama. One of those players is a fellow Michigan product in Mark Ingram, who was Alabama’s first-ever Heiman Trophy winning player.

Edwards has yet to release a top schools list as offers continue to pour in. Virginia Tech, Tennessee, Texas A&M and Texas all offered Edwards during the month of February. There are no plans for Edwards to announce a commitment at the moment, but he does know what he is looking for in a potential school.

“I want it to feel like home,” Edwards added. “This is a decision, that will affect my life for the next three to four years and beyond. I want a home feeling.”

The 4-Star recruit currently checks in at 5-11 and weighs 190 pounds. He has the frame and power to run between the tackles and is elusive in the open field. Edwards is also a willing lead blocker and is comfortable lining out wide as a wide receiver.

Alabama running backs, Najee Harris and Brian Robinson, will be seniors heading into the 2020-2021 football season and will more than likely move on at the end of the season. With that in mind, Nick Saban and company could look to add a running back duo in the 2021 recruiting class. Edwards will continue to be on f their top targets.

This is a recruitment battle, that will have some heavy hitters fighting for Edwards’ services. There is no visit date set for Edwards to come to Tuscaloosa with the current NCAA recruiting restrictions in place.