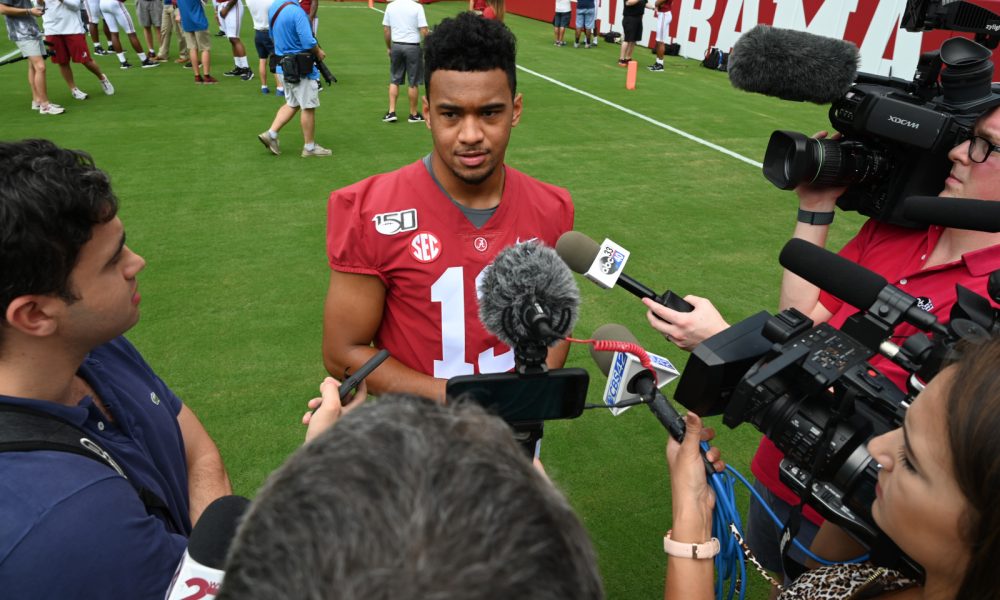 The love affair with Justin Herbert continues to grow as the NFL Draft starts Thursday.

A bunch of analysts and draft experts raved about him at the Reese’s Senior Bowl and NFL Scouting Combine. While the team mostly linked to Tua Tagovailoa was the Miami Dolphins, the organization seems to now be firmly on Herbert.

According to Adam Schein, host of Schein On Sports via Mad Dog Sports Radio, he said the Dolphins should ‘absolutely’ draft Herbert over Tagovailoa.

“The Miami Dolphins should absolutely, positively take Justin Herbert over Tua!”@AdamSchein believes the Dolphins need to do whatever it takes to draft Justin Herbert including possibly trading up.

For more videos from “Schein on Sports” visit: https://t.co/tLPSaJEUQR pic.twitter.com/90PhzOq314

After naming some of the qualities Herbert presents to a team, Schein also added that Miami would have ‘no injury risk’ with the former Oregon quarterback. He compared Herbert to Carson Wentz of the Philadelphia Eagles and referred to him as a natural leader.

Although he likes Tagovailoa, Schein still looks at the injury history as a critical factor.

Herbert, who carries more size than Tagovailoa at 6-foot-6 and 238 pounds, totaled 10,496 passing yards with 95 touchdowns to 23 interceptions in four years with the Ducks.

As for Tagovailoa, he rescued Alabama to a national championship in 2017, was an All-American and Heisman finalist in 2018 and finished his career as the school’s all-time leader for scoring passes (87) and total touchdowns (96). If the Dolphins do roll with Herbert, expect the Los Angeles Chargers to bring Tagovailoa back to the west coast with the No. 6 overall pick.