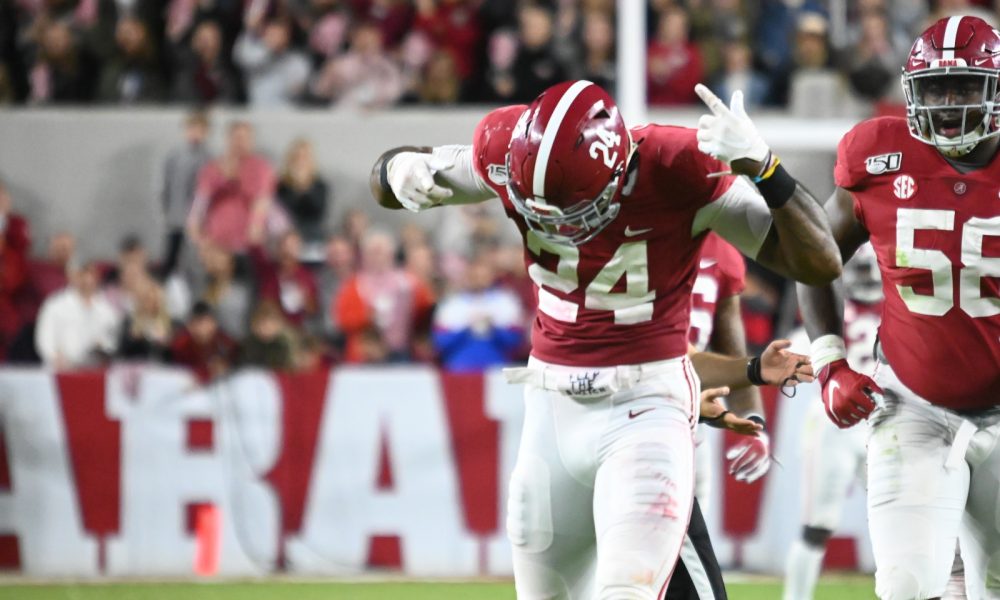 He is determined to get everything he can out of the National Football League.

Despite enduring two years of injuries (2017-18) at Alabama, Terrell Lewis still impacted games in a big way. Once a five-star from Washington, D.C., one of his first incredible moments was recording a 60-yard touchdown off a Tua Tagovailoa interception in a spring game.

Fans inside Bryant-Denny Stadium could not believe a player his size would have the athleticism and ball skills at linebacker.

Upon returning from a shoulder injury in the 2018 College Football Playoff National Championship Game, Lewis earned a sack of Georgia’s Jake Fromm and it led to the Crimson Tide winning the game in overtime on its first possession.

The 6-foot-5, 262-pounder finished second on the roster last season in sacks (six) and tackles for loss (11.5), while leading the team with 16 quarterbacks. Regardless of the idea some had of Lewis saving himself for the NFL, he was able to single-handedly dominate Texas A&M, Tennessee and Arkansas in 2019. He combined for four sacks, five tackles for loss and eight quarterback pressures in those three matchups. A few draft experts have Lewis pegged as a late first to early second-rounder; however, one online troll sees the edge rusher as a bust.

Ever resilient, Lewis fired back at the comment – telling the individual to ‘bet his salary on it.’

Bet your salary on it https://t.co/EGohQhRfGG

Although the Baltimore Ravens would be a great landing spot, keep all eyes on the Las Vegas Raiders and New England Patriots among others vying for Lewis