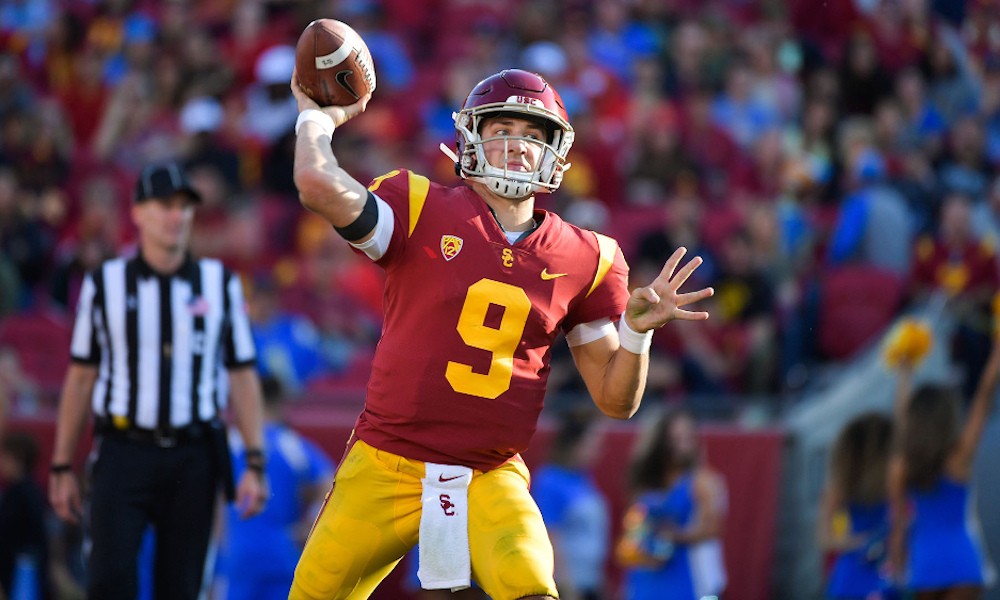 University of Alabama president, Stuart Bell announced on Thursday that a football season will happen for the Crimson Tide.

RELATED: Alabama president says that there will be a football season this fall

Despite his statement, everyone is still remaining hopeful that people will continue to practice social distancing and that normalcy will come at some point. With potential excitement in the air, fans of college football can finally begin a dialogue of previewing fun matchups for Alabama.

In this series, yours truly of Touchdown Alabama Magazine will preview the marquee opponents on the Tide’s schedule.

First off, the USC Trojans.

After juggling titles of interim head coach and head coach for the University of Southern California in 2015, Clay Helton enters his fifth full year at the helm for the Trojans.

USC is not the same program it once was in the early 2000s under Pete Carroll; however, it remains a marquee power for talent.

The Trojans finished last season at 8-5 and after being handed a 52-6 beatdown by Alabama in 2016, Helton will face Nick Saban again this fall.

Maxx Browne was its starting quarterback at AT&T Stadium versus the Crimson Tide that year, but USC will have Kedon Slovis this time.

A native of Scottsdale, Ariz., Slovis was highly prolific as a freshman – totaling 3,502 passing yards with 30 touchdowns to nine interceptions.

He completed 71.9 percent (282 completions, 392 attempts) of his throws and helped Michael Pittman Jr. to a 1,000-yard season and a second-round selection in the NFL Draft. Even with Pittman gone, the Trojans return the trio of Amon-Ra St. Brown, Tyler Vaughns and Drake London at wide receiver.

All three players are at least 6-foot-1, while London carries the most physicality at 6’5” and 205 pounds. Brown was second for USC in receiving with 1,042 yards on 77 catches with six touchdowns in 13 games. It has not boasted a 1,000-yard running back since Ronald Jones II in 2017, and the Trojans will go with a committee of back this year.

The quartet of Vavae Malepeai, Stephen Carr, Kenan Christon and Markese Stepp all bring a different wrinkle on offense. Malepeai led USC in rushing scores (six), Carr is smooth with catching passes out of the backfield and Stepp anchored the group in yards per rush (6.4).

Although its offense scored 32.5 points per game; the Trojans allowed 29.4 points per contest.

Drake Jackson returns as a sophomore and he led the Trojans in both sacks (5.5) and tackles for loss (11.5). The tandem of Olaijah Griffin (nine pass breakups) and Isaiah Pola-Moa (four interceptions) will run the secondary.

With the loss of John Houston (104 tackles in 2019), USC must locate a tackling machine at linebacker.

Alabama will bring in a stable of backs – headlined by Najee Harris – a talented group of receivers and a quarterback in Mac Jones who is poised for action. Defensively, the Tide returns Dylan Moses, Joshua McMillon, LaBryan Ray and DJ Dale from injuries. Players such as Christian Barmore, Christian Harris and Shane Lee expect to make a splash as sophomores, while Patrick Surtain II looks to have the secondary in prime position.

USC will pose a challenge, but will it be enough?

The return to “Jerry World” for Alabama is scheduled for Sept. 5.