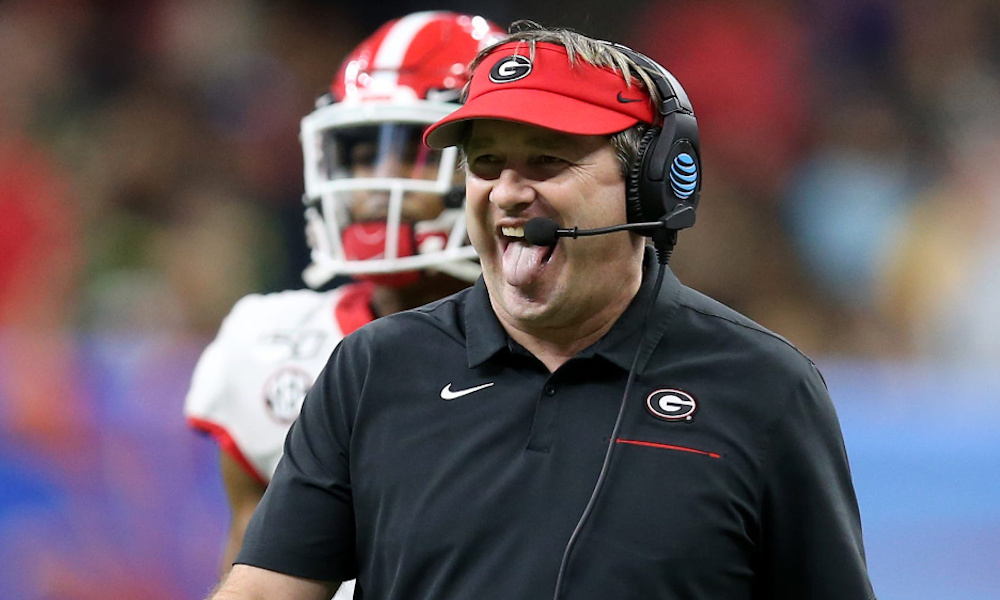 University of Alabama president, Stuart Bell announced on Thursday that a football season will happen for the Crimson Tide.

RELATED: Alabama president says that there will be a football season this fall

Despite his statement, everyone is still remaining hopeful that people will continue to practice social distancing and that normalcy will come at some point. With potential excitement in the air, fans of college football can finally begin a dialogue of previewing fun matchups for Alabama.

In this series, yours truly of Touchdown Alabama Magazine will preview the marquee opponents on the Tide’s schedule.

After looking at USC, our attention turns to the Georgia Bulldogs

He has won three Southeastern Conference Eastern Division titles, a conference championship and guided the University of Georgia to three 10-win seasons. Despite his success in four years, Kirby Smart has yet to defeat Alabama football and secure a national championship.

Could this finally be the year for the native Georgian and former Crimson Tide assistant to get over the hump?

As he enters his fifth season at head coach for the Bulldogs, week three is the matchup Smart has circled. It will be a reunion as he’ll set foot inside Bryant-Denny Stadium on Sept. 19 for a meeting against Nick Saban. After spending 13 seasons with the Crimson Tide since 2007, Smart was able to pull Scott Cochran from Tuscaloosa (Ala.) and make him an on-field coach.

Will it be enough to topple Saban and he goes for his seventh national title overall? We’ll see.

Regardless of his production and leading the Bulldogs to the College Football Playoff as a true freshman in 2017, Jake Fromm never had a 3,000-yard passing season. In three years, he was responsible for 8,224 passing yards with 78 touchdowns to 18 interceptions. With losing Fromm to the NFL Draft, Georgia returns both Stetson Bennett and Nathan Priestley yet the hope is for Jamie Newman – graduate transfer from Wake Forest – to win the starting job at quarterback.

He prides himself on being a dual threat and after losing Justin Fields, Smart believes he has gained a potential superstar in Newman. Georgia lost two talented running backs in D’Andre Swift and Brian Herrien; however, it returns Zamir White and James Cook to the backfield.

The Bulldogs like to feature its backs in the passing game and Smart expects to continue the trend in the fall. Kenny McIntosh, the third runner on the roster, chimed in with 174 yards rushing and two touchdowns on 25 carries.

Although it lost the trio of Lawrence Cager, Tyler Simmons and Charlie Woerner as receiving options, Georgia has George Pickens, Demetris Robertson and Dominick Blaylock.

Pickens, a native of Hoover, Ala., made the SEC’s All-Freshman Team.

Listed at 6-foot-3 and 190 pounds, he brought in 49 passes for 727 yards with eight scores – leading the Bulldogs in receiving. Both Robertson and Blaylock had at least 300 yards and Blaylock collected five touchdowns. Georgia averaged 30.8 points per game in 2019 and tallied two 40-point performances versus quality competition, but its offense was a non-factor in losses to South Carolina and LSU. As much as it wants to run the football, Smart has to find balance within the passing game and trust Newman to make opposing defense respect the dynamic.

Defensively, the Bulldogs boasted one of the best groups in college football.

Aside from surrendering 37 points to the LSU Tigers, Georgia pitched three shutouts and allowed 12.6 points per game overall. It hurts to lose guys like Tae Crowder, J.R. Reed and Tyler Clark to the draft, but returning Monty Rice, Richard LeCounte, Eric Stokes, Nolan Smith, Nakobe Dean, Quay Walker and Azeez Ojulari helps a lot. Ojulari led the team in sacks (5.5) and quarterback hurries (18) from his linebacker position, while turning in six tackles for loss.

LeCounte anchored the secondary with four picks in 2019 and Stokes had nine breakups.

If Alabama finds a way to dominate Georgia, it would set the Tide up to run the course in the SEC and return to the CFP.

The Bulldogs have some question marks to answer, but the biggest one is at quarterback for now.