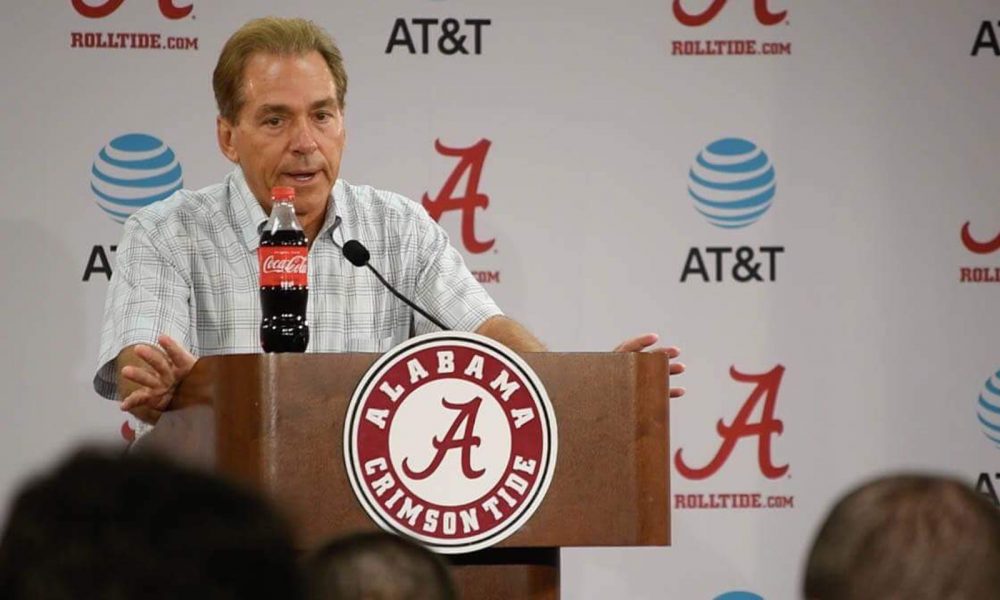 We are six months into 2020 and there are many desires for the year to end.

As a nation, we have faced heart-wrenching circumstances that range from deaths of influential people to the outbreak of the coronavirus pandemic. In the span of a few months, our eyes have beheld the murders of three African Americans – Ahmaud Arbery, Breonna Taylor and George Floyd – due to racial injustice and police brutality.

Both peaceful and radical protests have occurred and the dialogue created by this reached the powers at the University of Alabama.

Members such as Dr. Bell (UA president), Greg Byrne (athletics director) and even Nick Saban (Alabama’s head football coach) provided statements on the matter. Saban’s words had the most pain, as the six-time national championship said he was ‘shocked and angered by the tragic deaths of Floyd, Taylor and Arbery.’ He said we are at a time where we need to choose kindness, tolerance, understanding, empathy and love.

Saban stated that every life is precious and we need to unite.

RELATED: LSU adds two HBCU’s to future football schedule: When will Alabama to the same?

At 68 years old, this is not the first time Saban has witnessed injustice during a protest.

As an 18-year-old in 1970, a massacre took place at Kent State University.

Saban, who was a freshman at the time, avoided being part of the shootings as he and a roommate decided to eat lunch before walking into the rally area. On May 4 of that year, 13 students where shot by the Ohio National Guard. Four students were killed and nine were injured during a peace rally against the expanding involvement of the Vietnam War into neutral Cambodia by the United States military forces and National Guard presence on campus.

Not only was the shooting tragic, but it also sparked immediate and outrageous responses from everyone. More than four million students had organized walk-outs at hundreds of universities, college and high schools – which made this the largest strike in U.S. history if not the world.

“That was probably, certainly at that point in my life one of the most traumatic experiences I ever had to deal with,” Saban said in a 2016 press conference.

“To have students on your campus shot, killed, and actually did not see it happen but saw the aftermath right after it happened… It’s made me have a lot of appreciation for a lot of things. It made appreciate that law and order is very important, but it also made me appreciate the fact of what those students were trying to express in terms of the Vietnam War and the demonstrations they were having, and the confrontation that occurred was unnecessary. There is a film out of it actually happening. I don’t know if you’ve had the opportunity to watch it, but they had already tear gassed the crowd and it was marital law so you couldn’t have a meeting. On Monday at noon, they had a meeting or gathering. It was over and the National Guard was marching up the hill. All of a sudden, they wheeled around and fired into the crowd. Nobody could figure out how that happened.”

As he was fighting back tears in the presser, Saban talked on how he lost a classmate.

“I had a class with one of the students that was killed, Allison Krause,” he said. “I did not know her or anything, but it was a pretty chilling experience. It was something that makes you view things differently and certainly have a much better appreciation of not taking for granted life itself.”

It was this situation that led to Saban communicating with his players throughout his coaching career on how to handle certain aspects of life. The university is very proud to have students and student-athletes of all races speak out on injustice.

UA has joined the social media “Blackout Tuesday,” in a peaceful protest to promote unity.