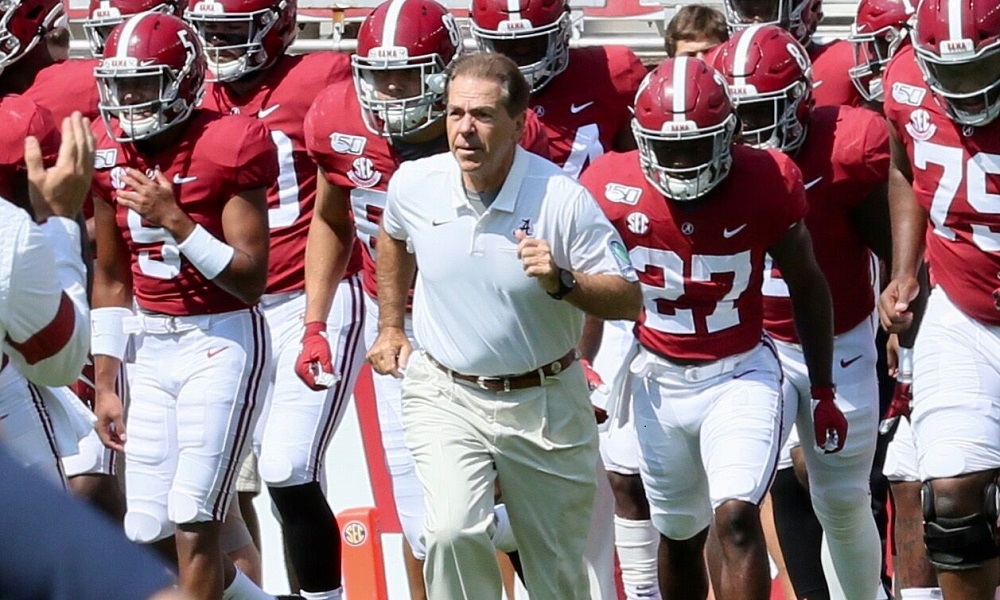 He is a fantastic coach — when it comes to game-planning, winning and being supportive of his players — however, Nick Saban is an even better family man.

As everyone continues to push forward in hopes of a college football season, Saban is using this time to draw closer to his family. The 68-year-old is having so much fun that he even reported a slight injury to himself via Crimson Tide Sports Network.

One could only imagine she is just as competitive as he is and refuses to lose.

The exhibition happened Friday night in Saban’s driveway, as he ended up running off the driveway and flipping his scooter.

More than likely, Mrs. Terry Saban came to the rescue — both laughing, but also to make sure he was okay.

Obviously, Saban being okay is the main news but it’s also beautiful to see him continually show national media he can still relate to young athletes.

He is not only durable on scooters, but he’s also providing much laughter for his wife, children and grandchildren.

While he is ready to return to coaching football, he is making good use of the time as a grandfather.