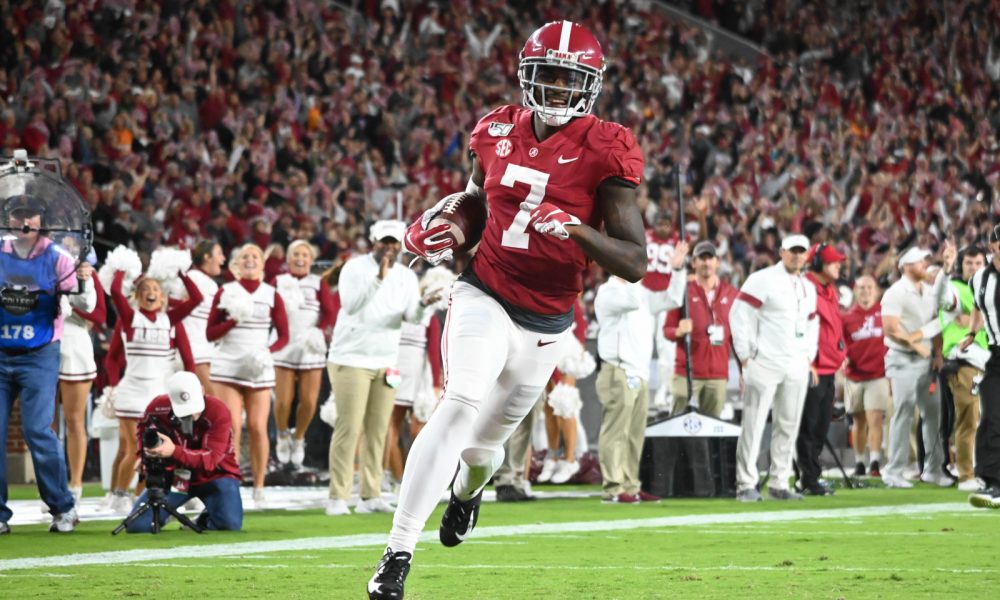 Trevon Diggs made everything official with the Dallas Cowboys over the weekend.

The former University of Alabama cornerback was selected in the second round (No. 51 overall) of this year’s NFL Draft by the Cowboys in April, and now he has signed his rookie contract.

Diggs, a native of Maryland, shared a photo to his Instagram of him inking the deal with his new team.

He was a four-star athlete in the Crimson Tide’s 2016 signing class and was part of two Southeastern Conference championships (2016, 2018) and a College Football Playoff National Championship in 2017.

The 6-foot-1, 205-pounder started at left corner in 2019 — totaling 37 tackles, eight pass breakups, three interceptions and two touchdowns in 12 games. Despite not playing in the Citrus Bowl, Diggs recorded an exciting 100-yard touchdown on a fumble return versus Tennessee at Bryant-Denny Stadium.

Through four years, he compiled 68 tackles, 17 breakups and four interceptions.

After defending the likes of Calvin Ridley, Cam Sims, Robert Foster, Jerry Jeudy, Henry Ruggs III, Devonta Smith and Jaylen Waddle, Diggs will go up against former Tide standout Amari Cooper in practice. He will also take on Ceedee Lamb, formerly of the Oklahoma Sooners, as Dallas selected him with the 17th overall pick in the first round.

According to Spotrac, Diggs’ four-year deal estimates at $6.32 million with a signing bonus of $2.157 million.

When it comes to how much he will pocket this season, Diggs is looking at $1.149 million.

With it having high hopes for Diggs, he will look to prove the Cowboys right for drafting him.