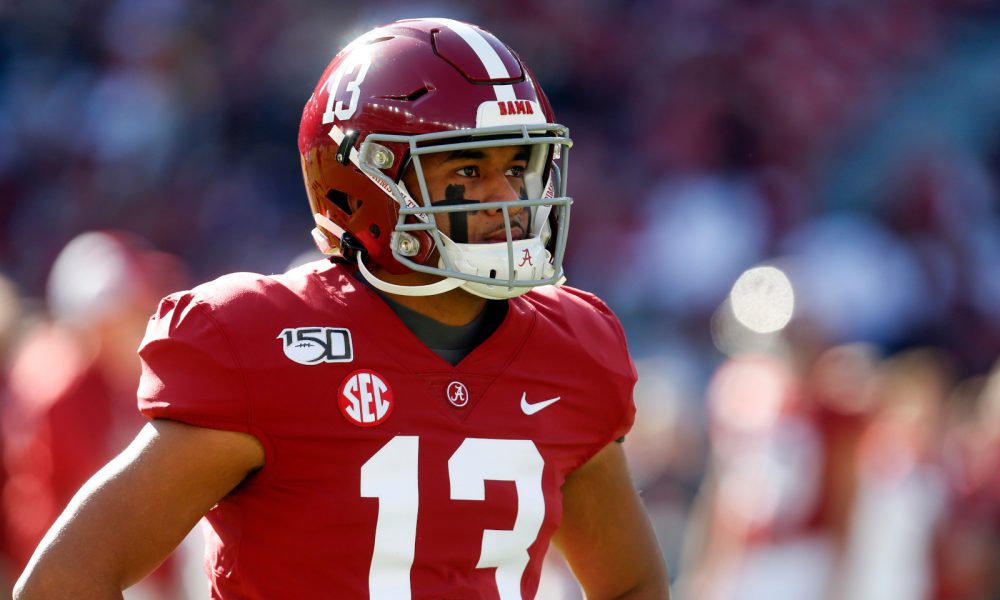 He has not played competitive football since injuring his right hip versus Mississippi State last season, but rapper Rick Ross among others are beyond excited to see Tua Tagovailoa with the Miami Dolphins.

Regardless of his career being cut short, the native Hawaiian was terrific at the University of Alabama.

In three years, he rescued the team to a College Football Playoff National Championship, led it to a Southeastern Conference title and won a host of individual accolades along the way.

Tagovailoa worked closely with Trent Dilfer through the NFL Draft process and despite the Coronavirus pandemic, the former five-star was selected No. 5 overall in April.

He’s signed his contract, but Tagovailoa is ready to prove he was the best decision for the franchise.

According to Chris Bumbaca of USA TODAY, Tagovailoa said he’s ‘ready to go’ as far as training camp is concerned for the Dolphins. While players reported to the facility on Thursday to be tested for the virus, training camp starts next Monday.

Ryan Fitzpatrick is currently the starting quarterback, but Dolphins’ head coach Brian Flores knows the fans and organization wants to see Tagovailoa on the field as some point this season. He’s got the itch to play again, but Miami also needs to continue drafting quality pieces on its offensive line, at running back and at wide receiver for Tagovailoa moving forward.

It will be fun to see how he progresses throughout camp.