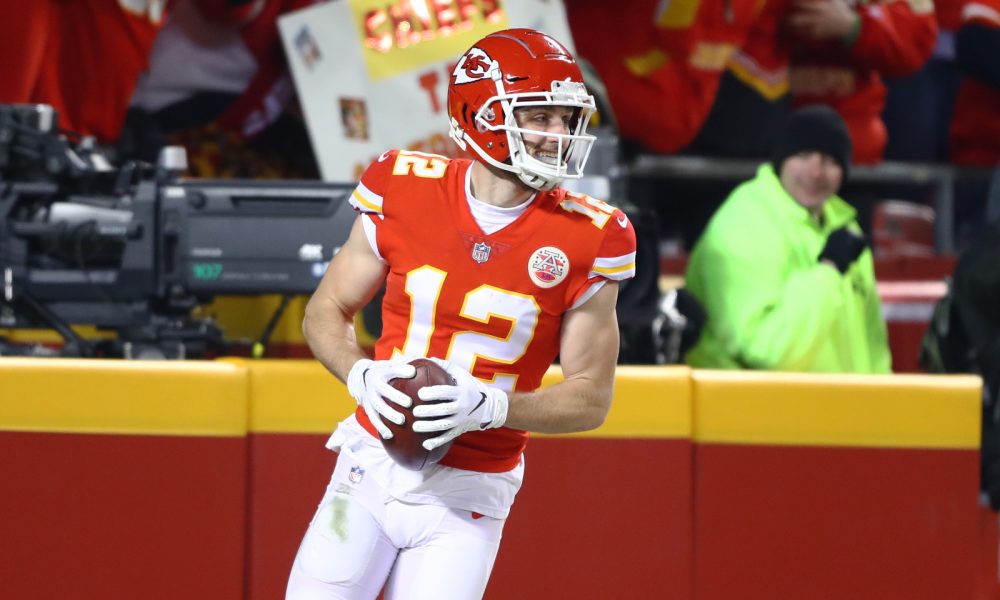 Is Andy Reid starting to recognize the value of Gehrig Dieter?

Observations pointed in that direction after Sunday’s practice for the Kansas City Chiefs.

According to Charles Goldman of Chiefs Wire (part of USA TODAY Network), the tandem of Sammy Watkins (groin) and Byron Pringle (hamstring) both missed the session due to injuries.

This presented Dieter an opportunity to be on the field with quarterback Patrick Mahomes and showcase his consistency at wide receiver.

Per Herbie Teope of the Kansas City Star, Dieter was an absolute stud in team drills.

#Chiefs WR Gehrig Dieter was on fire today during team drills. I counted at least four TDs from Patrick Mahomes.

He caught every pass in his direction, including four touchdowns from Mahomes.

“Dieter has every position down and knows all of them,” Reid said via ChiefsWire.

During his collegiate career, the South Bend (Indiana) native was a superstar at Bowling Green State University and helped Alabama football capture a Southeastern Conference title in 2016. In his lone year with the Crimson Tide, Dieter totaled 15 receptions for 214 yards and four scores. He was great on special teams and embodied an exceptional work ethic.

Tyreek Hill and Sammy Watkins are the big names at receiver for the Chiefs; however, players like Dieter, Pringle, Demarcus Robinson and Mecole Hardman among others are fighting to crack the rotation.

Mahomes and Dieter have great chemistry and it has been that way since Dieter’s arrival in 2017 as an undrafted free agent.

Listed at 6-foot-3 and 208 pounds, Dieter has formed relationships with all the marquee players.

After helping the Chiefs win a Super Bowl last season, this is a chance for the fourth-year veteran to have a say in this offense.