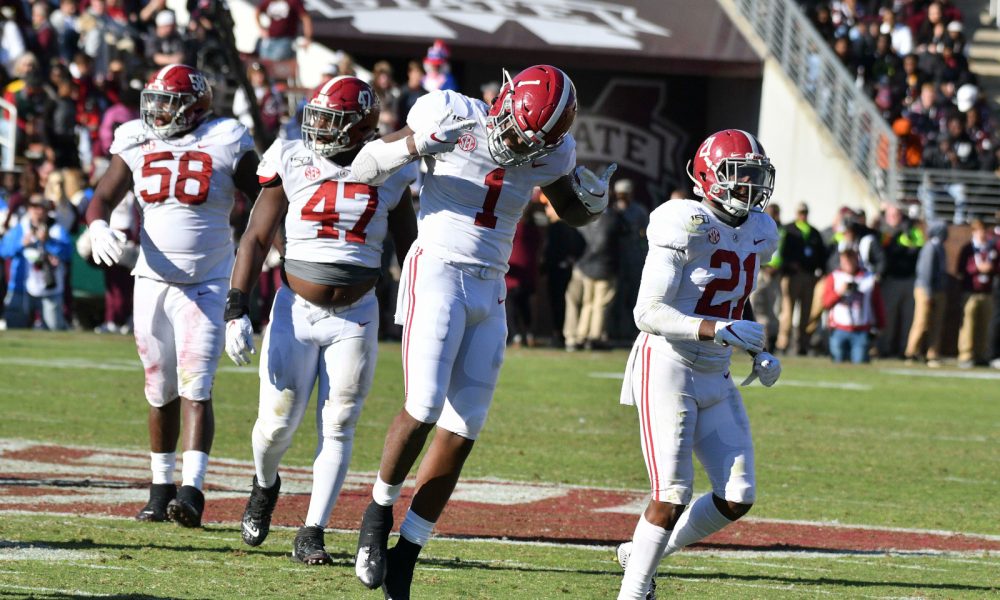 He came under his father’s legacy, but this season Nick Saban looks at him.

Some people forgot about him, after he did not immediately pop as a five-star freshman, but sometimes the late bloomers out shine everyone else. For Ben Davis, the time has finally come to put a punctuation mark on a journey that has taught him a multitude of life lessons.

A native of Gordo, Ala., he’s had to embrace toughness, patience, a tenacious work ethic and most important, an unwavering mindset.

He arrived in 2016 and though it may have been hard, the process was worth it.

On Thursday, Pete Golding spoke to local reporters via Zoom.

RELATED: With uncertainties about safety with COVID-19, will any Alabama players opt-out of the 2020 season?

He enters his third season at Alabama — second at defensive coordinator — and two of the players he spoke highly of were the two that some people counted out. When it comes to the offseason, this summer and through three days of fall practice, Golding looks at Davis and Christopher Allen as the two biggest leaders on defense.

“They (Davis and Allen) have worked their rear ends off,” Golding said. “They have been in here studying. They have worked with the young guys on Zoom. Those two guys are like coaches on the field. So, that’s been a big help to these young guys in that room that are talented and can play.”

The room Golding is referring too is the outside linebacker room.

Sal Sunseri enters his second year with the positional unit.

Golding knows he has big talent in the room, in terms of pressuring quarterbacks and creating sacks, but he knows he will need the knowledge of Davis and Allen up front.

“Both of them have a lot of experience,” Golding said. “They have played the position for a long time. Obviously, when you are young in the secondary you have to create some pass rush. You can’t always do that by sending five or six, because now you are asking those young guys to cover really good players. So, creating a four-man rush and still getting pressure on the pocket and containing the quarterback is nice to have. So, both Chris and Ben have the ability to do that on base and regular downs and on third down, we are going to get our best guys on the field.”

Davis got his first career sack last year versus Mississippi State and he felt really good about it.

Now, he has a chance to be the impact playmaker he’s wanted to be for Crimson Tide.