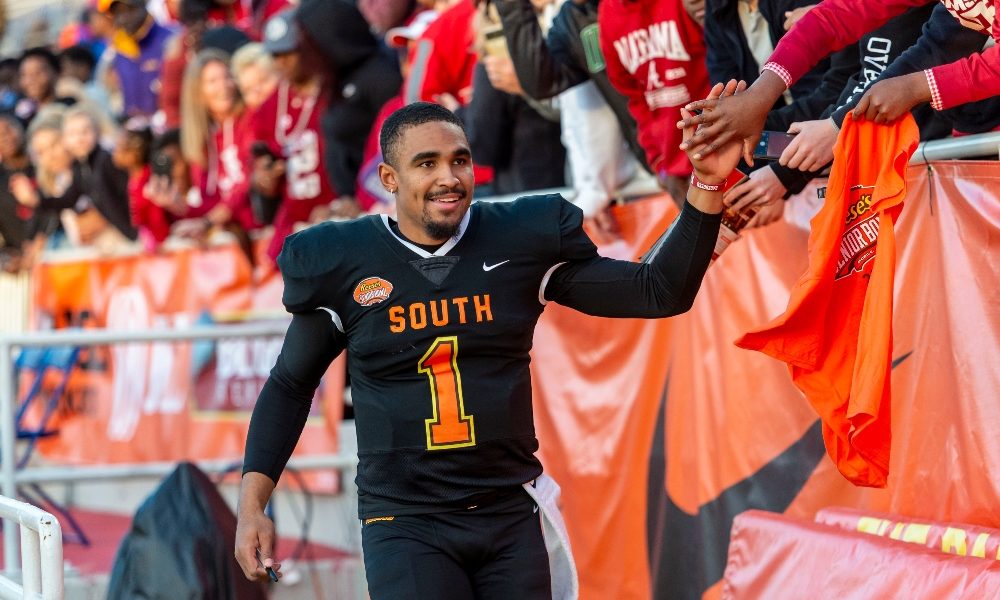 With two weeks to go until the NFL regular season kicks off, the Philadelphia Eagles are in pinch to see if quarterback Carson Wentz is completely healthy to play.

Wentz sat out Sunday’s practice with a soft tissue injury in his lower body, and although he is not expected to miss significant time the Eagles are taking every precaution to ensure their former first-round pick is good to go.

#Eagles QB Carson Wentz is day-to-day with a minor soft tissue injury and isn’t practicing today. It’s considered minor and the team is being cautious and making sure he's good to go for the season.

The North Dakota State graduate has battled injury throughout the entirety of his NFL career. In four seasons Wentz has missed a total of eight regular-season games and an entire playoff run which resulted in a Super Bowl victory from backup quarterback Nick Foles.

Wentz’s health is a constant concern for the Eagles, which is why they spent a second-round pick on former Alabama and Oklahoma quarterback Jalen Hurts should anything go wrong.

If Wentz does end up missing significant time, the consensus is that Hurts would be the one to step into the starting role for the team. So far, Hurts has been impressive and has done a good job of picking up the offense.

“He’s a sponge,” said senior offensive assistant Rick Scangarello last Monday. “It’s important to him. I think that’s one of the reasons he was so important to this organization in the draft and why he’s here. But the NFL is a whole different world. Snap count, motions, breaking the huddle, getting in the huddle, visualization, how you accentuate plays in the huddle.

“All those things, they’re so little but so big in the process of developing as a quarterback. He’s approached it the right way and really done a nice job.”

Hurts has always prided himself in being ready to play at all times as he demonstrated his abilities during the 2018 SEC Championship Game when he filled in for an injured Tua Tagovailoa in the final minutes of the game and lead Alabama to victory.

Even if Wentz is able to return in time to play, the Eagles must feel comfortable about its quarterback room moving forward.