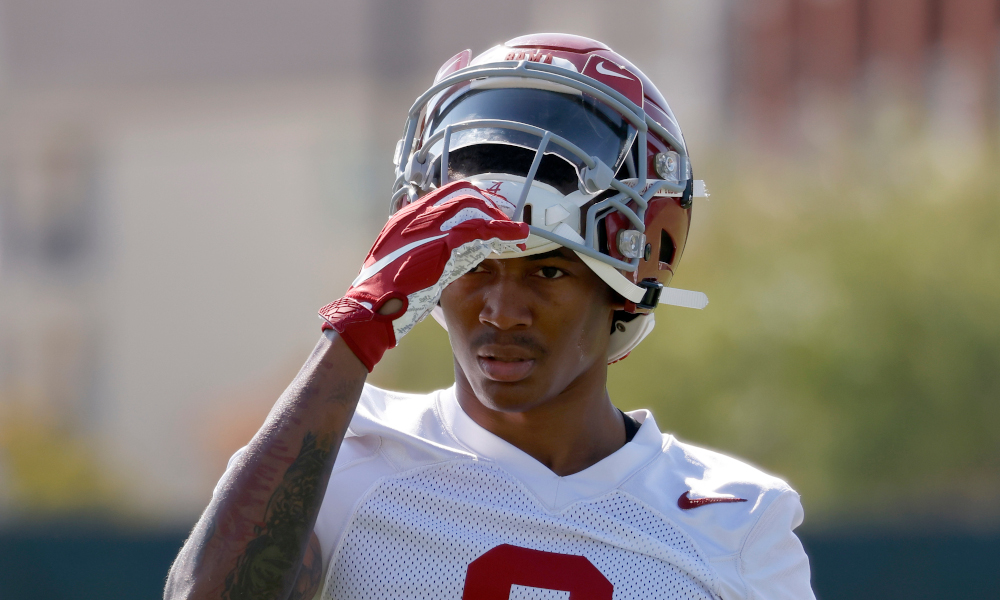 If one was to throw Mac Jones into the equation, Alabama would have four players competing for the Heisman Memorial Trophy this season.

The attention is Najee Harris and Jaylen Waddle.

RELATED: John Metchie is ready to shine as a starting wide receiver for Alabama this season

After his first career 1,000-yard rushing season (1,224) in 2019, Harris has trained the entire summer for an opportunity to prove he is the most complete running back in college football.

Waddle has been seen as a “speciality” player in each of the last two years and while he was highly explosive, Steve Sarkisian is prepared to get him the ball more naturally this year.

Another name that is about to sneak into the conversation is DeVonta Smith.

The senior from Louisiana already has an impressive resume. He collected two game-winning touchdown receptions as a freshman, including the 41-yard catch from Tua Tagovailoa in the 2018 College Football Playoff National Championship meeting against Georgia.

Listed at 6-foot-1 and 175 pounds, he has proven to be a clutch receiver, an exceptional route runner and a strong blocker.

Despite his accomplishments, he has yet to record a kickoff return for a score. When it comes to players securing high draft value, Nick Saban likes to put his guys in multiple positions to increase marketability. Seeing that he has a feel for making plays in space, getting Smith on kick returns adds another element for NFL scouts to look at. Also, Heisman voters are swayed by huge stats. As often as Smith can get the ball in his hands, more people may vote for him because of his production.

Waddle has shown that he is the most electrifying return man in the sport, but could Smith be better?

This becomes another aspect in the dialogue.

Desmond Howard, a former receiver at the University of Michigan, was the last receiver/return specialist to win the Heisman back in 1991. He pegged Waddle as his guy to win the award, but Smith has a chance as well to bring it home with him.

He is eyeing a first-round draft grade for 2021.