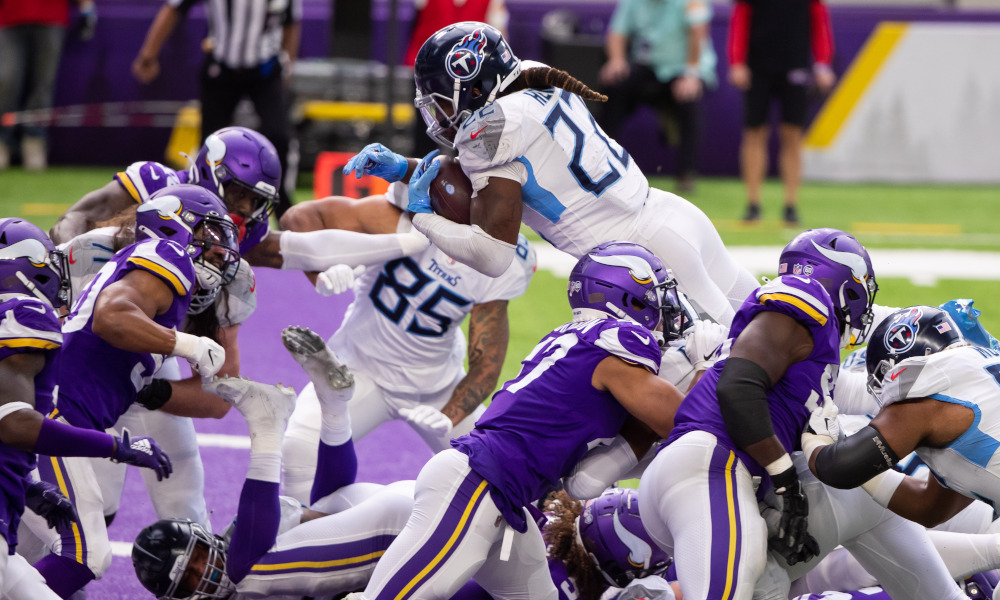 Whatever bothered him against the Jacksonville Jaguars was not an issue this week.

Derrick Henry returned to his king ways at running back for the Tennessee Titans on Sunday in a matchup versus the Minnesota Vikings on the road. For a contest that featured two talented runners, Henry was able to edge out Dalvin Cook and propel the Titans to its third win of the season. After being the co-leader for rushing touchdowns in the National Football League in 2019, the former Alabama standout recorded his first two scores of this campaign in the third quarter to put the Titans ahead, 25-24.

Another @KingHenry_2 TOUCHDOWN gives the @titans the lead in Minneapolis.

The 6-foot-3, 247-pounder totaled eight 100-yard outings last season and has two to start this year. He averaged 4.6 yards per carry and pushed a franchise with a hard-nosed mindset to a 31-30 victory. During his junior season with the Crimson Tide, Henry navigated the program to close wins over Arkansas, Tennessee, LSU, Auburn, Florida (SEC Championship) and Clemson (College Football Playoff National Championship). He would win the Heisman Memorial Trophy and other awards that year.

Henry helped the Titans to its second win on the road and a first-place start in the AFC South.

He will battle another former Tide star in Minkah Fitzpatrick next week, as the Titans host the Pittsburgh Steelers.