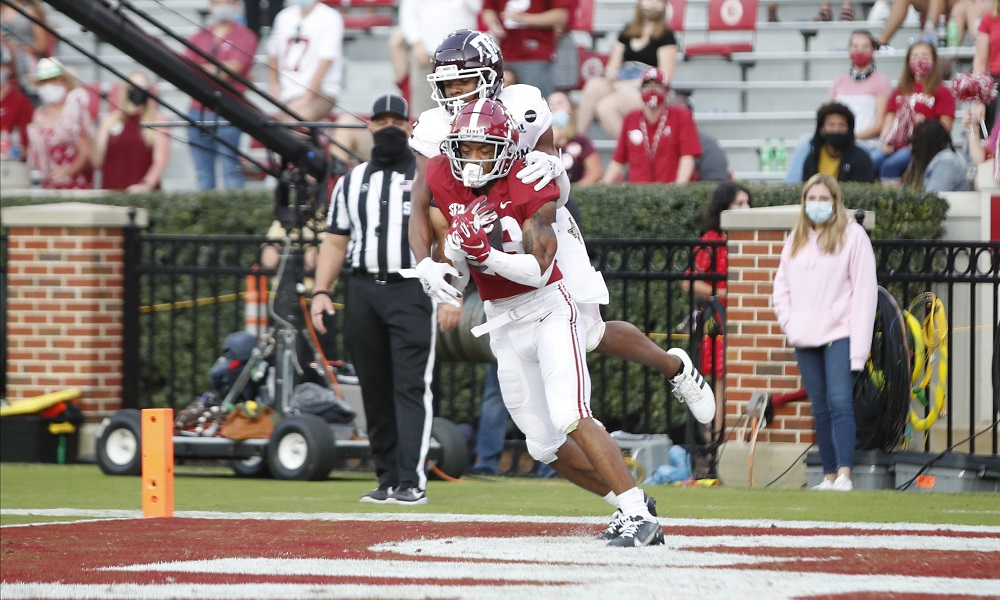 Malachi Moore was able to show why Nick Saban and the Tide’s coaching staff believes in him in the Crimson Tide’s second win of the season.

Moore earned his second start of his career Saturday against the Texas A&M Aggies after showing some potential in Alabama’s win over Missouri. The Trussville, Alabama product finished the game with six tackles, two pass breakups and was able to pull in the first interception of his young career. Nick Saban said he feels Moore’s first interception of his career will give him major confidence and referred to Moore as a player, who knows how to learn in his post-game press conference.

“You know I played DB, I know when you get an interception it boosts your confidence in a lot of ways,” Moore said. “Malachi was a lot better today, he played a lot better today in terms of everything that he did. I think that is a young player from week one to week two, seeing the mistakes that he made. Malachi is one of those guys, who really knows how to learn. He uses all the opportunities he makes a mistake to learn and understand, and I think he understands the bigger picture pretty well. I think getting an interception today was big for his confidence.”

The Aggies and their quarterback, Kellen Mond, attempted to test Moore early in Saturday’s game. Four of Monds’ passes on the Aggies’ first drive were in the vicinity of Moore. Two of those passes were incomplete due to Moore’s defensive coverage. The two that were completed led to a solo and assisted tackle for the true-freshman.

Mond and the Aggies did not  go after the former 4-Star recruit too many times after that first drive until the fourth quarter with Haynes King in at quarterback. King attempted to take a shot at the end zone and Moore was able to come down with an interception.

If Moore is able to keep this level of play up throughout the season, he could see his name on some Freshmen All-American list at the end of the season.