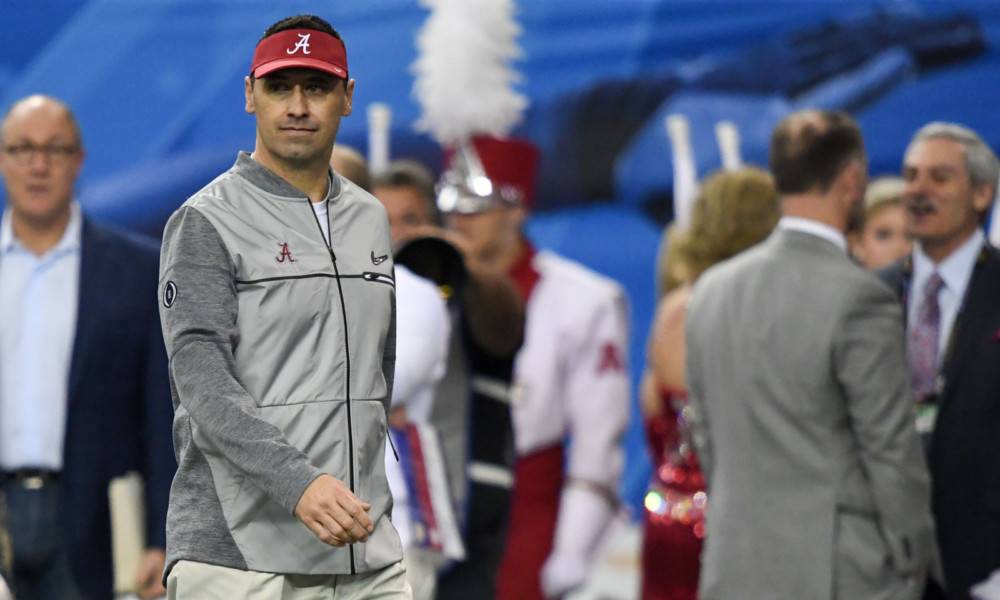 He was not originally viewed as the primary target, but now Auburn University is locked in on trying to make Steve Sarkisian its next head coach.

After parting ways with Gus Malzahn, a report from AL.com has surfaced on Sarkisian expecting to interview for the Tigers on Sunday following the Southeastern Conference Championship Game. Auburn wants to win championships and since it did not accomplish the goal with Malzahn, its sights are on pulling Sarkisian from Nick Saban’s staff at Alabama.

The Tigers wanted Mario Cristobal, but he ended up getting a bigger contract from Oregon.

Hugh Freeze of Liberty was its next option, but it appears as though he will not move either.

This brings the attention to Sarkisian, who has coached the best offense in college football and the most balanced group of the Saban era.

With him at the controls, the Crimson Tide has three Heisman Trophy contenders and an offensive line that is the best in the sport.

His success has even allowed Alabama to sign its best offensive line class, four  receivers and a dual-threat quarterback in the 2021 recruiting cycle for National Signing Day.

Sarkisian was going to get a call, but does he go to Auburn? Tide fans are hoping the program holds on to him.