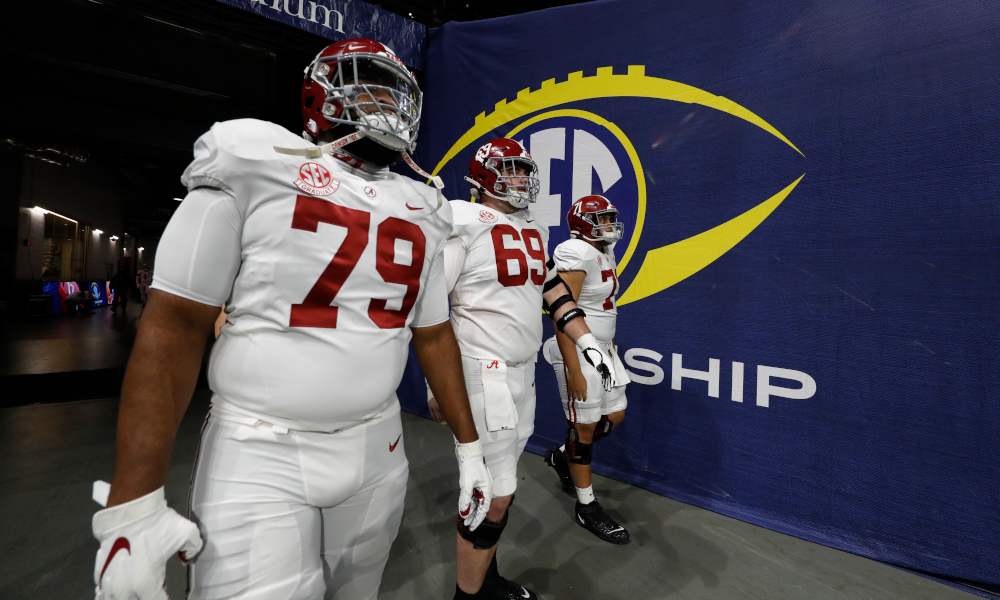 It hurts to lose Landon Dickerson (knee) before the College Football Playoff, but he will be cheering for his teammates and he expects the University of Alabama to win a national championship.

For the work it has done all season, the Foundation for Teamwork selected Alabama’s offensive line as one of three finalists for the Joe Moore Award. The announcement came on Monday, as the honor goes to the most outstanding unit in college football.

With the leadership of Dickerson, the Crimson Tide’s offensive unit guided the team to an 11-0 record.

Alabama was the lone team in the Southeastern Conference to navigate a conference-only schedule without a blemish, and it capture its 28th SEC Championship in school history.

Under the guidance of Kyle Flood, the offensive line allowed just eight sacks of Mac Jones on 377 drop backs (one sack per 47.1 drop backs) while Jones carried the best passer rating in the nation (202.3).

Alabama leads the nation in rushing touchdowns (35) and is third in the SEC in rushing offense (189.8 ypg).

The lineup of Dickerson, Alex Leatherwood, Deonte Brown, Emil Ekiyor and Evan Neal has blocked for 49.7 points per game (NCAA-best), 197.5 pass efficiency rating (No. 1 in the nation) and 543.9 total yards offensively (No. 5 in the nation).

As for the duo of Dickerson (Rimington Trophy) and Leatherwood (Outland Trophy), both are nominated for national awards.

Dickerson and Leatherwood were also voted as permanent team captains.

The group boasts 121 career starts and it’s the reason behind the Tide having three catalysts — Mac Jones, Najee Harris and DeVonta Smith — for this year’s Heisman Memorial Trophy.

Chris Owens, a redshirt senior, will be tasked with replacing Dickerson at center in the CFP, but Nick Saban and company have confidence in him.

Alabama also has Ekiyor and Darrian Dalcourt that can play the position too.

The Tide won the Joe Moore honor in the 2015 season and secured a national title.