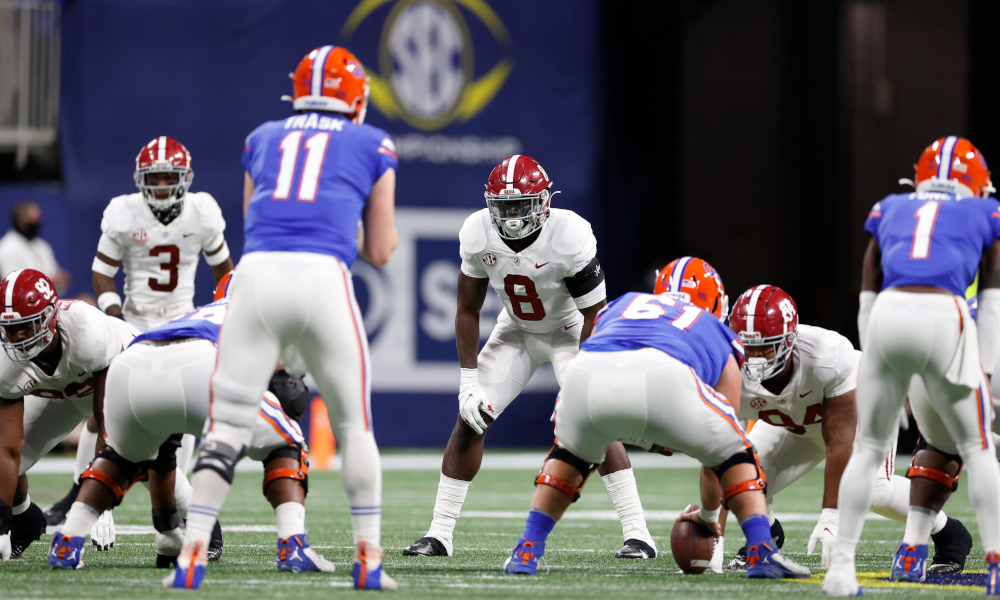 Well, now it is truly awards season in college football.

The University of Alabama football team has been recognized by the Southeastern Conference and national outlets for honors, due to its performance all season, but a couple of student-athletes were snubbed too.

Of the five finalists chosen for the Dick Butkus Award, which is presented to the best linebacker in college football, professional football and high school football, Christian Harris was not listed.

The sophomore for the Crimson Tide was overlooked, despite earning recognition as a semifinalist. He shared the team lead for total tackles (68) with Dylan Moses, but had a team-high 46 solo stops. A native of Baton Rouge, La., Harris also posted seven tackles for loss, 4.5 sacks, six quarterback hurries and two pass breakups on an SEC Championship team.

He guided the Tide to a shutout victory over Mississippi State (41-0) and prior to meeting Florida at Mercedes-Benz Stadium in Atlanta, Harris had Alabama’s defense allowing 11 points per game in matchups against Georgia, Tennessee, Miss. State, Kentucky, Auburn, LSU and Arkansas.

While the trio of Nick Bolton (Missouri), Zaven Collins (Tulsa) and Jeremiah Owusu-Koramoah (Notre Dame) deserve to be finalists for the Butkus, one can make a case for Harris to be deserving of the honor of being a finalist.

Harris recorded more tackles than Devin Lloyd of Utah (48) and Monty Rice of Georgia (49), and has his team in the College Football Playoff.

He played in more game than Lloyd (11 to five), while Alabama tallied a better scoring defense than Georgia (19.5 to 19.9 ppg).

The 6-foot-2, 232-pounder outperformed Moses and kept the Tide undefeated.

Before he he was robbed of being a Butkus Award finalist, Harris was also snubbed from an All-SEC team.

Once a four-star recruit in the 2019 class, he was not chosen for the first or second team for the conference.

Harris is more so focused on winning a CFP National Championship, but he was overlooked for by the SEC and Dick Butkus Foundation.

He and the Tide are now preparing to face the Fighting Irish in the CFP semifinal matchup for the Rose Bowl at AT&T Stadium on Jan. 1, 2021.