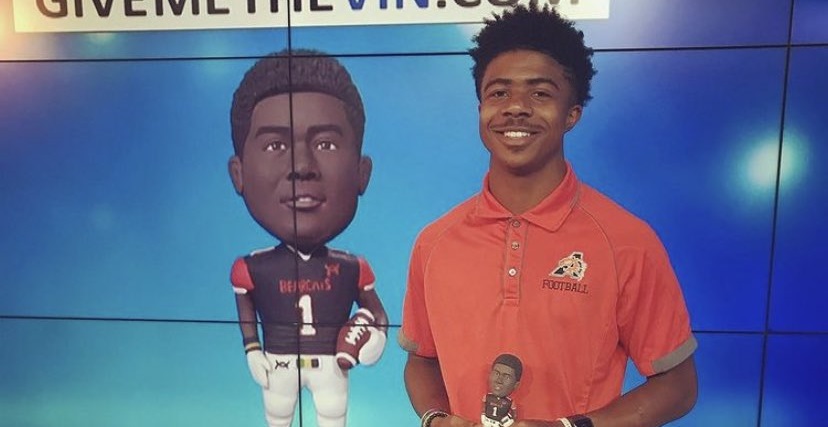 Alabama football’s four-star wide receiver signee, JoJo Earle prefers to stay out of the spotlight and lets his play speak for itself.

Earle, who flipped his commitment from LSU to Alabama on National Signing Day, chooses to express himself on the gridiron in a variety of ways. Whether he is making explosive plays as a returner, exploding into the open field after receiving a handoff or freezing defenders in the open field, Earle leaves his mark on the game. Away from the gridiron, the Texas native displays a relaxed demeanor, according to Margin Hooks.

“JoJo is a well-liked person,” Hooks said. “He is really a laid back kid, very humble and likes to joke around with his peers. He does not stay in the limelight, you rarely see him on social media. He does not even promote himself.”

Hooks is a decorated former BYU wide receiver. As a cougar, Hooks was named to the All-Mountain West Conference First Team in 1999 and received the BYU MVP award in 2000 before playing a couple of the years in the NFL with the Tampa Bay Buccaneers and the Miami Dolphins. Earle has trained under Hooks since he was a freshman.

When Hooks began to work with Earle as a ninth grader, it was evident he was working with a special football player.