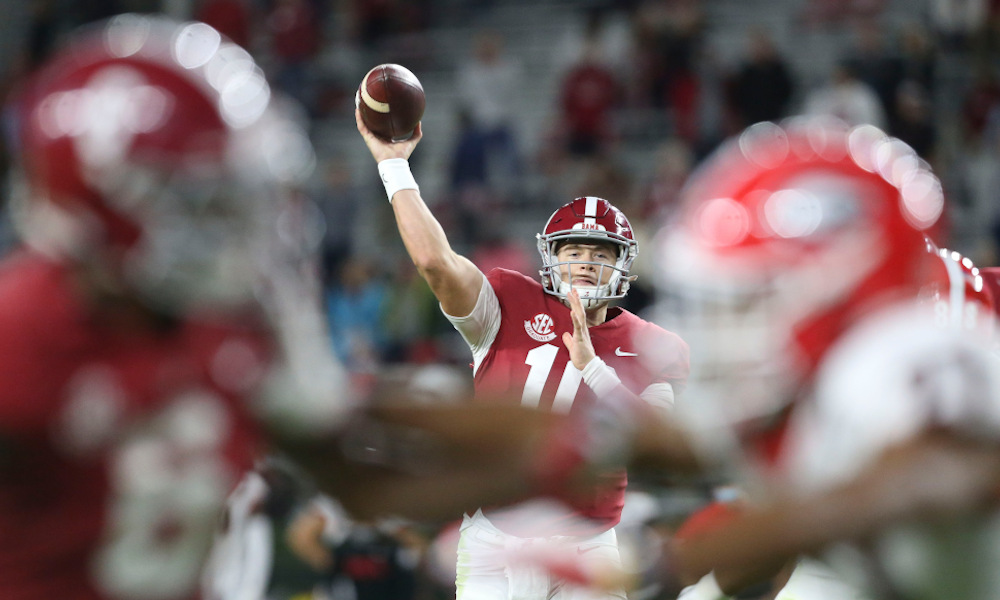 Personnel members from all 32 NFL teams will be evaluating some University of Alabama football alums at Hancock Whitney Stadium (Mobile, Ala.) on Jan. 30 for the annual Reese’s Senior Bowl.

Due to the Coronavirus pandemic, the usual format for the NFL Scouting Combine at Lucas Oil Stadium in Indianapolis will not happen this year. With this being said, players looking to cement their draft stock or rise up boards must turn in quality efforts during the week of practice. Aside from pro day, the Senior Bowl may be the only time for athletes to impress NFL teams.

RELATED: Mac Jones’ father got emotional when reflecting on the 2020 season

For the Crimson Tide, six names have accepted their invitations to the venue.

Time to go to work. pic.twitter.com/ngHDxVAur2

As a first-year starting quarterback, he shattered preseason expectations. Jones paced Alabama to averaging 48.2 points and 542 yards per game, both of which are the most in the Nick Saban era.

Jones tossed for 4,500 yards with 41 touchdowns to four interceptions.

He finished last season with Consensus All-American honors, first-team All-SEC honors and a few individual awards. In accepting his Senior Bowl invitation, the former three-star recruit has an opportunity to show media pundits and pro teams his preparation to work with different wide receivers.

RELATED: DeVonta Smith is headed to Reese’s Senior Bowl, but will the Miami Dolphins draft him?

He was very successful in completing passes to Smith, Jaylen Waddle and John Metchie in 2020, but now Jones must prove his capability to adjust and adapt to other playmakers. Should he be able to do it, it will go a long way in to scouts evaluating him as more than serviceable signal caller at the next level. He has done enough to have NFL Draft analyst project him as a first-rounder; however, Jones can make a concrete statement with a good week at the Senior Bowl.